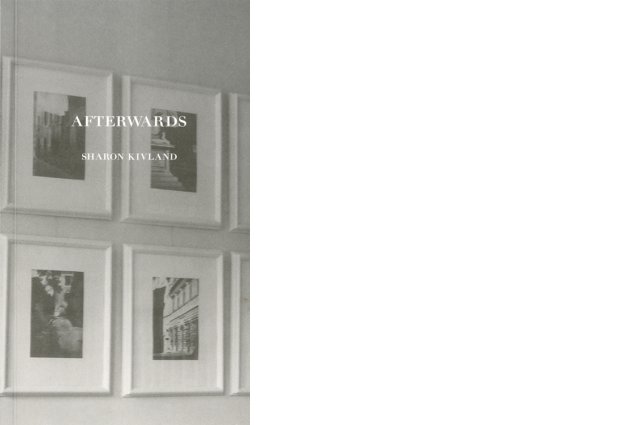 A small, beautiful book which accompanies the group exhibition Afterwards, curated by the artist and writer Sharon Kivland.
The exhibition explores the concept of ‘Nachträglichkeit’, the term employed by Sigmund Freud to describe the phenomena of ‘deferred action’, where impressions, experiences or memory traces gain significance as a result of re-experiencing the event. It is a term that has been translated as ‘belatedness’, ‘subsequently’, ‘après coup’, and ‘afterwardness’. As a psychoanalytic concept, it has been retroactively constructed.
Through the work of established and younger artists ordinary objects are recast, rupturing a distinction between object and representation.
Sharon Kivland is an artist and writer. She is Reader in Fine Art at Sheffield Hallam University, Research Associate of the Centre for Freudian Analysis and Research, London, and Visiting Fellow at the Institute of Germanic and Romance Studies, University of London. Recent work includes: Freud on Holiday. Volume I. Freud Dreams of Rome (Information as material 2006); Freud on Holiday. Volume II. A Disturbance of Memory (CUBEARTEDITIONS, Athens, 2007, with information as material). She has exhibited widely in Europe, and her work is represented by Domo Baal, London, and Galerie Bugdahn & Kaimer, Düsseldorf.

also available from the series:
An Agent from the Estate
L'Esprit de l'Escalier
Freud and the Gift of Flowers