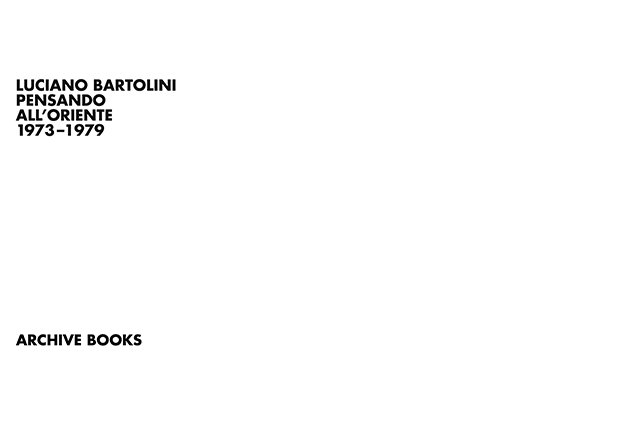 Luciano Bartolini (1948-1994) did not attend art school, but undertook detailed studies in linguistics. From 1971 onwards he traveled widely in Asia, particularly in northern India and Nepal. In 1973 and 1974, he produced his first works, mainly using wrapping paper. In 1974 he began his Kleenex series, using wrapping paper and Kleenex glued together to form regular patterns. This series led in 1975 to the Cartepaglie. Paper was to be the chosen material of all his artistic output. He began to produce numerous “artist's books”: one of these, entitled Sogni, ombre is especially significant because it introduced the theme of shadow in the framework of the more general theme of seeing and being seen. It is no coincidence that the subsequent works were inspired by the mythical figure of Arianna, weaver of shadows, queen and guardian of the labyrinth of Crete. In 1980 he spent the summer on the Greek island of Santorini, where he began to develop an important new theme, that of Atlantis. He was invited to take part in the Venice Biennale. In 1982 he visited Mount Athos. The simendron, the gong used by the monks, would become the most recurrent motif, especially during his stay in Berlin (1983), where he held an important solo exhibition at the Nationalgalerie. From 1986 he began work on a new series called Kosmische Visionen: the images are constructed around a vertical axis, the sign of the tree of the world. This cycle led to the several other series: Alberi, begun in 1988, Ascensioni (1989) and Foresta di vetro, small works made mainly of sandpaper. In 1990 he began a new series of works, dedicated to the horizontal plane and entitled Emblematische Blumen, followed by the series O sporos (seeds): the elongated form of the seed is reminiscent of the almond of light typical of the Orthodox Christian tradition. In 1992 the new cycle Soffi di luce saw a return to small-scale works: small diptychs combining painting and collage reminiscent of the “portable icons” typical of the Byzantine tradition. Luciano Bartolini died prematurely in April 1994.