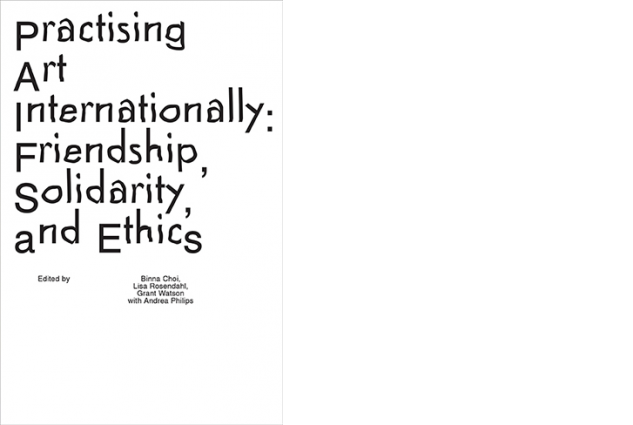 What is at stake in Practising Art Internationally is an attempt to de-align the discussion of international art practice from the rhetoric of globalization and an exclusive focus on the contemporary. Instead, it seeks to trace a genealogy of trans-local practices, with histories and methods that link to networks of friendship and solidarity, and of the visual arts as participating in a longer history of contact between individuals motivated by shared interests and struggles.

Visual art is not limited to a discipline but rather thought of as a practice, able to generate encounters, ways of life, and historical narratives in a different register.This is reflected in Practising Art Internationally through a set of concrete examples, including an account of an artist assembly from the 1990s running counter to an art fair, an alliance with migrant workers, a class-based critique within international feminism, transcultural ways of life from the LGBT community, analysis of work conditions in cultural institutions, early twentieth-century cosmopolitanism in India and its links to progressive movements worldwide, as a well as pan-Africanism in the second half of the twentieth century under the intensive reworking of colonized territories as new nation-states.

The choice of ‘international’ in the project title (rather than the other terms that occur interchangeably in this book) flags the connection of this approach to a legacy of twentieth-century leftist internationalism woven through many of the contributions.