A Museum Guide to Painted Portraits in Film Noir, Gothic Melodramas and Ghost Stories of the 1940s and 1950s
Out of print 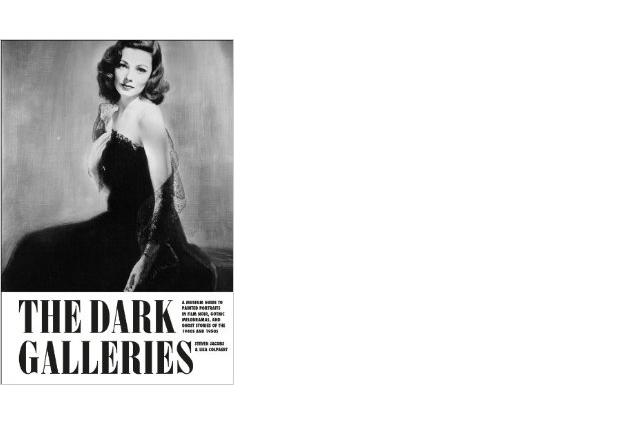 Imagine a museum in which the portrait of Carlotta Valdes, an important prop in Alfred Hitchcock’s Vertigo, hangs on a wall next to the painted portrait of the title character of Otto Preminger’s Laura and opposite the uncanny portraits of the desired or murdered women in Fritz Lang’s Scarlet Street, George Cukor’s Gaslight, and Nicholas Ray’s Born to Be Bad. In an adjacent gallery, the visitor of this imaginary museum can contemplate the portraits of patriarchs that feature in films such as House of Strangers, Suspicion, Gilda, and Strangers on a Train. This is precisely the concept of this book. Dark Galleries deals with American (and some British) films of the 1940s and 1950s, in which a painted portrait plays an important part in the plot or the mise-en-scène. Particularly noir crime thrillers, gothic melodramas, and ghost stories feature painted portraits that seem to have a magical power over their beholders. Apart from an extensive introductory essay, this museum guide presents more than eighty entries on the artistic and cinematic aspects of noir painted portraits.