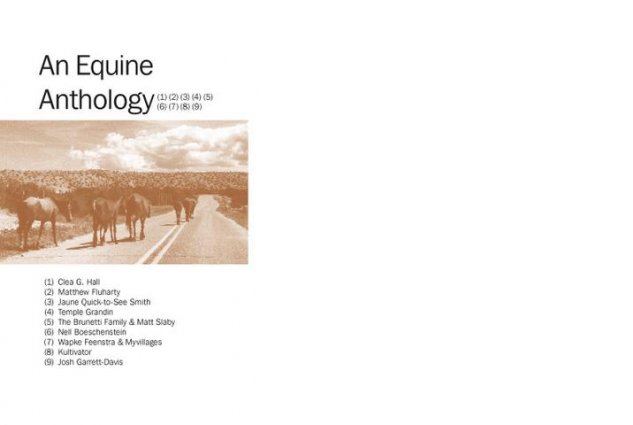 An Equine Anthology stitches together non-linear histories, testimonies, and interpretations of equine culture from the American Southwest and beyond. Far from representing binaries of the romantic and mundane, of personality and commodity, An Equine Anthology presents the reader with a broad topographical view of the horse, an image that reaches well beyond that of American mythology. M12's anthology combines poetics with research methodologies that delve into the unseen, hidden, and overlooked to create a work that is greater than the sum of its parts.”  - Sanjit Sethi