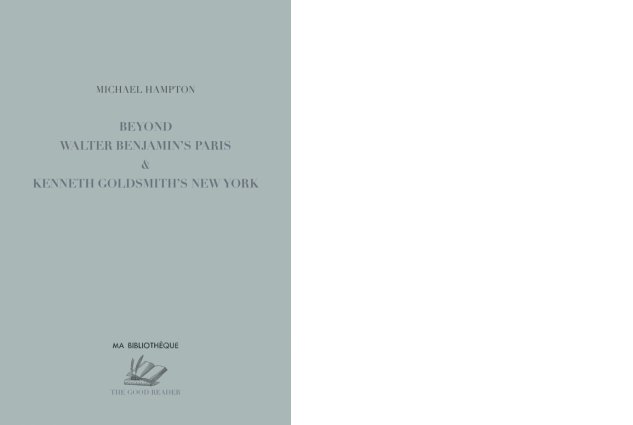 Why in our globalised twenty-first century the idea of a world capital city is passé. This essay examines the hypotheses promoted by Walter Benjamin’s Arcades Project and Kenneth Goldsmith’s response Capital: New York, capital of the 20th century, that Paris was the unofficial world capital city of the twentieth
century—a mantle inherited by New York—and declares the model unfit for purpose in the twenty-first. Despite an apparent recrudescence of the nation state, the capital city as power base looks increasingly like a tribal relic, as digital technology rewires humans and our shared fate is thrown into stark relief by one ecological disaster after another. With the inexorable spread of the urban, pockets of sustainable business practice and hipster lifestyles suggest global capitalism is mutating from the inside, lured by the promise of an acephalic future.


The Good Reader is a series that addresses reading, as both virtue and duty. The editor invites authors she considers to be good readers. She agrees with Nabokov that a good reader, a major reader, an active and creative reader, is a re-reader. Hampton’s book is the seventh in the series to date.