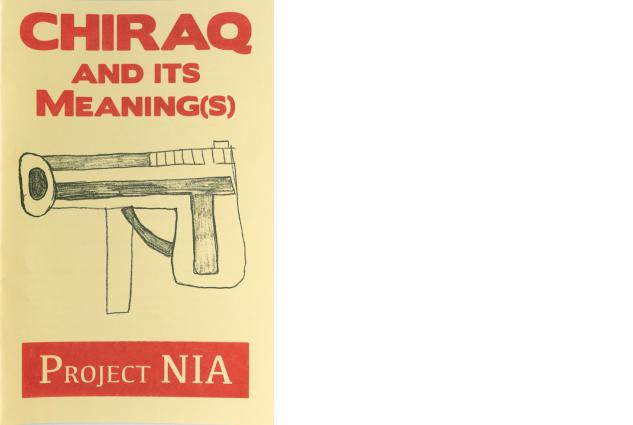 This is a publication that captures a particular historical moment in the Windy City. It is part of an ongoing project that has been a few years in the making. About four years ago, I [Mariame Kaba] began to hear Chicago referred to as “Chiraq” by some of the young people with whom I work. The term was coined in 2009 by rapper King Louie who also invented “Drillinois.” Some young people picked it up as shorthand to characterize what they felt was rampant and perhaps even indiscriminate violence in their communities. During a 2010 press conference, the former police superintendent, Jody Weis, felt the need to proclaim: “We are not Chi-raq. We are Chicago.”

Project NIA invited reflections on what "Chiraq" means to Chicagoans. The replies are stunning and tell of a city in dire need of healing, cessation of violence, and radical solutions to the historical inequalities that make Chicago such an unequal and brutal place.
(+ foldout poster)