An Essay on Negativity, Immanence and Freedom
Out of print 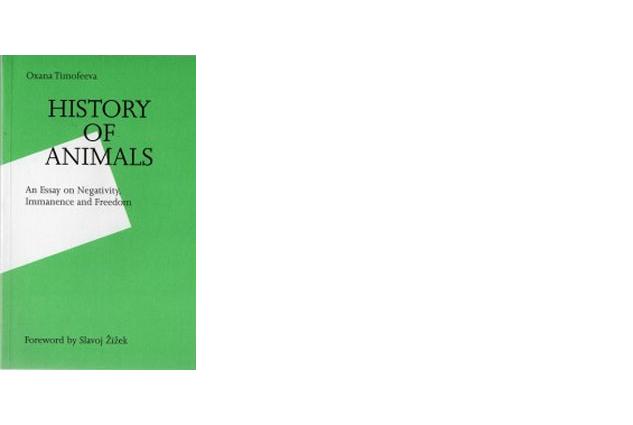 The question of the animal is the question of subjectivity and power. It provokes a particular tension between philosophical ontology, politics and psychoanalysis, and it is interesting to track how the unstable field of “human” animality produces itself in a radical way. Gainsaying the fact that animality has traditionally been consigned to non-historical nature, animals have a history. But the logic of this history does not conform to the optimism of the humanistic discourse of progressive liberation and emancipation of animals that would finally secure their rights. Quite the contrary; it seems rather that from ancient totemism, through the sequence of exclusions and inclusions, to the present tragedy and farce that combine slaughterhouses, pet shops and global tourist safaris, animals have had a bad “career”. Historically, they failed. But this point of failure is at the same time a point of departure – for the new history of metaphysics, for the new materialist politics of nature, for the new horizon of the human animal. Preface by Slavoj Zizek.

Oxana Timofeeva is a Senior Research Fellow at the Institute of Philosophy of the Russian Academy of Sciences, Moscow.