Lara Konrad // Mother, We All Have Been Lonely and Lovely Places 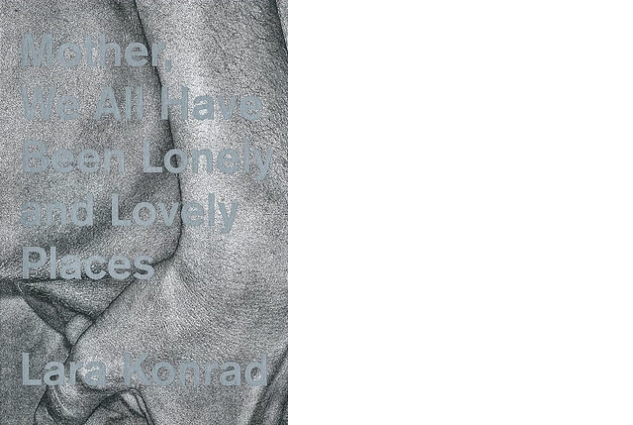 Brought up between Germany, Mexico, and the US, the writer Lara Konrad cross-examines her past and present role of the female body that has been bred and grown inside a reality determined by the male-dependent 1%.

What does it mean to have been born white and female, automatically assigned with a long-lasting purpose of body, and just body? What happens when an identity — necessarily conditioned by youth and other pre-disposed, universal ideals for female acceptance and admission — begins to meet its inevitable end? What type of body will I be after this body is no longer the body I learned to live and depend on Having adopted a life that over the course of time assumed the role of spectator instead of participator, it’s especially the premises of sexual relationships that eventually endorsed a type of female performativity — my body, a body that was never my own.

About the Author:
Born in Cologne (Germany), Lara Konrad spend her early childhood in Querétaro (Mexico), and later on pursued her BA in Creative Writing at The New School in NYC. Since graduating from her MFA at Sandberg Institute in 2017, she has actively started to write for a plethora of literary and cultural publications.