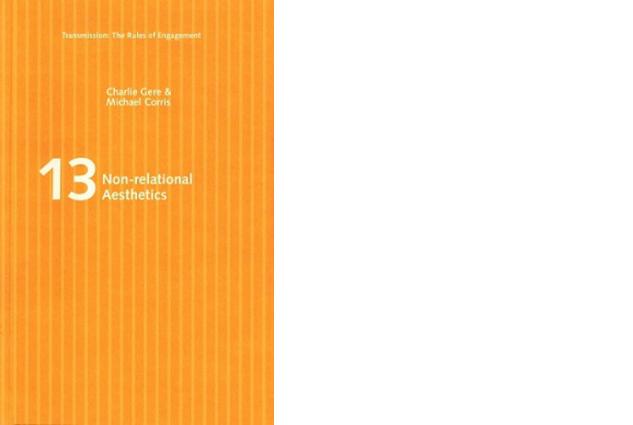 Relational Art' and `relational aesthetics' are commonplace terms in contemporary art discourse. Defined as a `set of artistic practices which take as their theoretical and practical point of departure the whole of human relations and their social context, rather than an independent and private space' and as an aesthetic theory consisting in judging art works on the basis of the inter-human relations which they represent, produce or prompt'. In such an aesthetics, art is seemingly required to act as a replacement for the binding of the community through the rituals of religion.
Non-relational Aesthetics proposes that all discourse involves alterity, difference and deferral. Non-relational Aesthetics offers a concept of art as an ethical encounter with the other, and the idea of art as `hospitality' is anticipated as an alternative to that of `relational aesthetics.