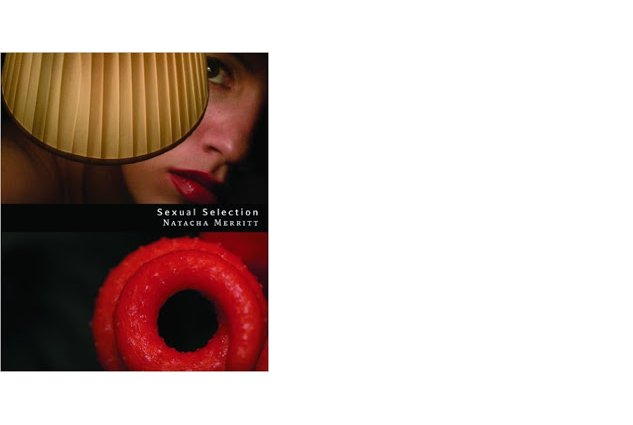 Internationally renowned photographer Natacha Merritt, author of the ground-breaking Digital Diaries (Taschen, 2000) returns with her latest collection of genre-defying photographs in Sexual Selection in May 2012, (published by Berlin arthouse Bongoût). At 21, Merritt redefined the boundaries of artistic photography with the best seller Digital Diaries, the first digital photography book ever published. Her controversial and highly sexual work was soon featured in publications across the world from Rolling Stone to The Observer, Playboy to The Wall Street Journal and Der Spiegel. The book quickly became an L.A. Times and Amazon bestseller, moving over 300,000 copies. Merritt s new book Sexual Selection is in many ways even more captivating. She perfected her distinctive vision to a subtle and complex art, creating astonishing and surprisingly lyrical images as she pursued her rigorous analysis of intricate human sexuality examined in the context of the manifold reproductive strategies of plants and insects. Soon after the incredible success of Digital Diaries, Merritt embraced a new obsession: science. While she pursued and completed a degree in biology, she found herself transfixed by the complex mating habits of plants and insects. By photographing the insect world during the day and continuing to focus on the art of human sexuality throughout the evenings, the concept for her new book was a natural progression for Merritt to reach. The questions she asks as a scientist she answers as an artist, in photography and writing; why are some sexual practices and organs so detailed, complex and bizarre when this gets in the way of basic survival? As Natacha explains, Sexual selection is the sensual side of evolution. It explains the ornate, the creative and the beautiful, it can explain arousal, and it s what gets us laid. The concept of sexual selection was first introduced by Darwin in 1859 in his landmark book On the Origin of Species as an explanation of the characteristics of many animals that don t appear to have a direct role in survival. But Merritt takes the idea further: her bio-centric images are inter-formed by contemporary research into the selection process as she flirts with such thought-provoking concepts such as sexual selection via cryptic female choice, antagonistic co evolution or sexual plasticity. Each image is unmistakably a work of art that transcends easy categorization. Lush and eerily intimate photographs capture the fleeting moments of arousal, granting us a rare insight into our universal sexuality, often timelessly classic yer always radical and uncompromisingly contemporary. By exposing the often over-looked sensual and sexual behavior of other species as well as our own, Sexual Selection is guaranteed to broaden the readers sense of beauty and arousal regardless of their vantage point. Real people having sex [... ] next to these other biological forms is really original and leads one's imagination to places it hasn't been... Richard Prince (about Sexual Selection, 2012)