We are pleased  to invite you to the double book launch and reading with ATLAS Projectos, including their most recent releases:

Next Spring: An Occasional Series of Reviews – Athens, June 18, an essay by Elena Papa, edited by Laura Preston, and Planned Obsolescence—A Retrospective, a novel by Henning Lundkvist.

Both authors will be present and drinks will be available!
+
Next Spring: An Occasional Series of Reviews – Athens, June 18
Essay by Elena Parpa
Edited by Laura Preston for Atlas Projectos
Next Spring is an occasional series of art reviews published in book form. Each new issue in the series is informed by a place where a member of the editorial collective is living, with invited authors given a year to write an in-depth piece of criticism focused on an expanded form of moving image. Published in English and the language of place.
Following on from the pilot issue related to Paris, the second book in the Next Spring series focuses on one film work, April  (2008/15) by Marianna Christofides. Authored by Cypriot art writer Elena Parpa, the text is a companion piece to the film that develops as another visual experience. Travelling to various locations in Southern Europe, Parpa traces the film's spaces and revisions its critique of landscape and colonization, memory and reconnection.
Published by ATLAS Projectos in partnership with Adam Art Gallery Te Pātaka Toi
With the support of the Society of Friends of the House of Cyprus
2018 / Greek, English / Offset / 19 × 12.3 cm / 112 pages / Print-run 400 copies / ISBN 978-989-97141-9-9
Price: 12,00€
+
Planned Obsolescence—A Retrospective
Henning Lundkvist
"It is true that I had accumulated a lot of cultural capital, but like so many others I had never found a way to convert it into cash"
With this first sentence of Planned Obsolescence—A Retrospective, the anonymous narrator—suspiciously similar to the book's author—begins a rhythmical rant, a 100-plus-page long exercise in repetition, variation, and a severe lack of punctuation. In this monologue spoken by a voice who could equally be the narrator or the hordes of others in the same position, he makes up bad excuses for why his career as an artist and writer hasn't taken off as planned; he explains why he prefers to work in a bar rather than produce new artworks; and he moans over the conversion of Europe's picturesque cities into expensive theme parks for tourists due to low-cost flights and Airbnb. Finally, he dreams up a way to halt the extreme inflation of cultural capital and make the world a better place. Spoiler alert: it doesn't work.
Published by ATLAS Projectos
2018 / English / Offset / 11 x 18 cm / 112 pages / Print-run 500 copies / ISBN 978-989-97141-8-2
Price: 10,00€

~
ATLAS Projectos is a publishing collective founded in 2008 by artists André Romão, Gonçalo Sena and Nuno da Luz, currently based in Berlin and Lisbon. Running in parallel to each of their individual practices, ATLAS focuses on conceptualizing, designing and producing books and records in strict collaboration with a circle of close artists and writers, outlining zones of affect and affinities. They edit, design and distribute what they publish, along with independent collaborations with other publishers, allowing the circulation of resources and helping the progression from private to public. Each object follows its own logic of production and print run. ATLAS has presented its work in spaces such as Zabriskie Buchladen, Berlin, Jan van Eyck Academie, Maastricht, Section 7, Paris, among others. They have been participating regularly in book fairs such as Friends with Books, Berlin, Miss Read, Berlin, SPRINT, Milan, and Edit, Lisbon. 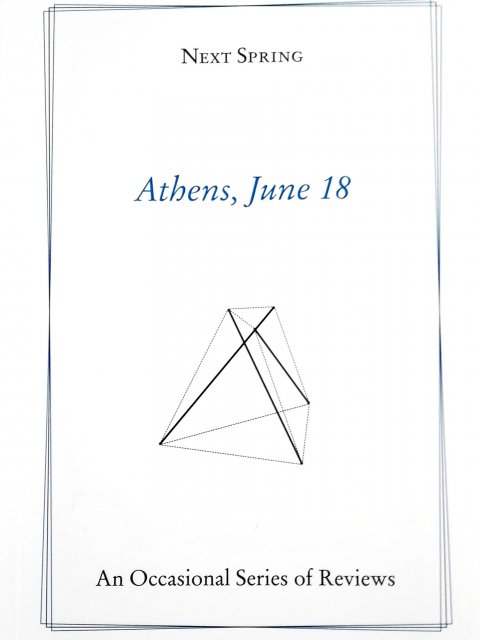 Elena Parpa
12,00 €
Login to purchase
Atlas Projectos
Out of print 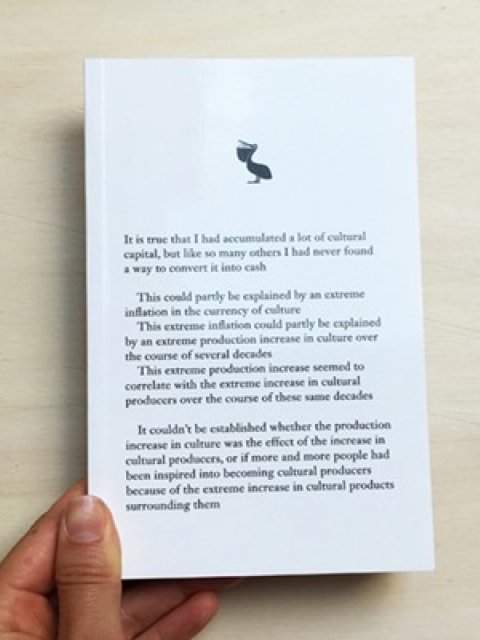 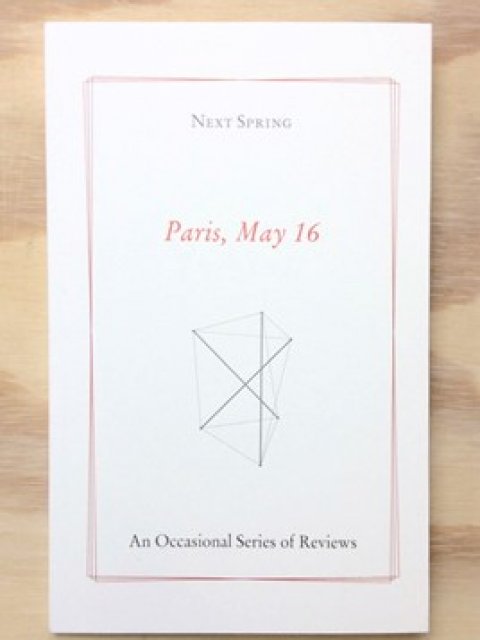 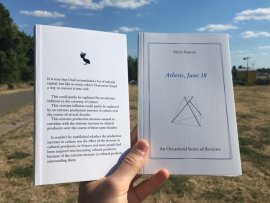 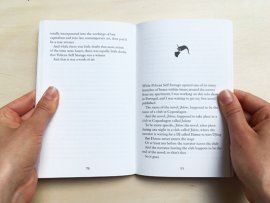 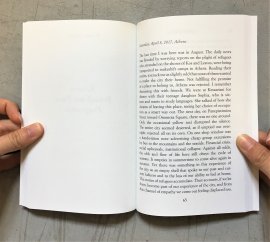