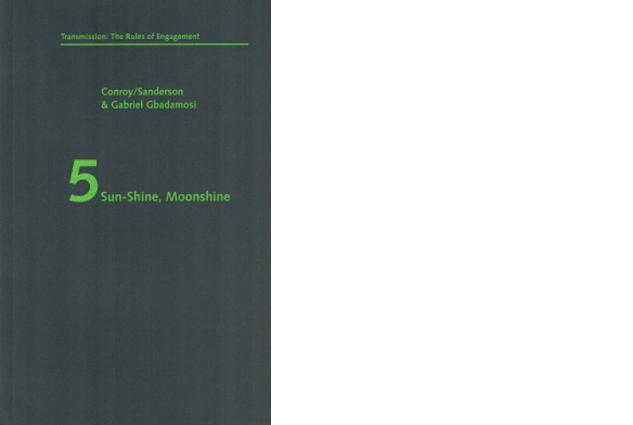 In Sun-Shine, Moonshine Conroy / Sanderson and Gabriel Gbadamosi take up and challenge the rules of engagement, making up their own conventions as they go along. The text and images were developed over six months, in dialogues that took place both in the artists' studio and elsewhere. Images were made in response to conversations and writings were constructed on images, which then returned to visual representation. The work is founded on Jonathan Swift's satire Gulliver's Travels, and, like Swift, the authors reflect on identity and difference, the foreign and the far-fetched. In an entwining of text and image, figures (as tropes and real people) playing Gulliver (as tourist, stranger, lover or other) float disappear, double and mirror each other.