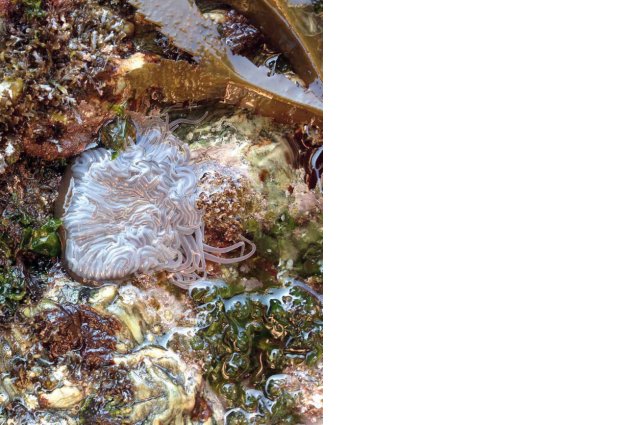 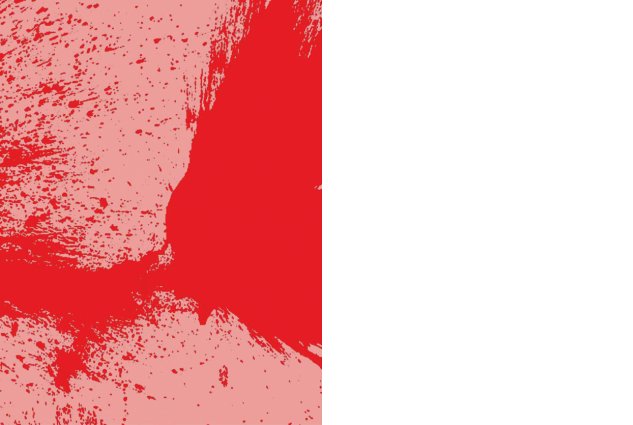 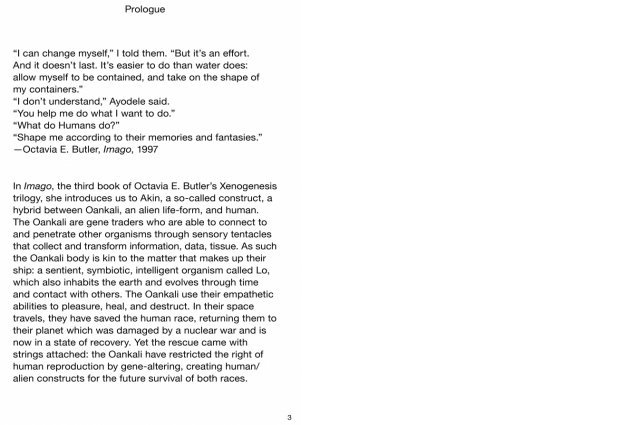 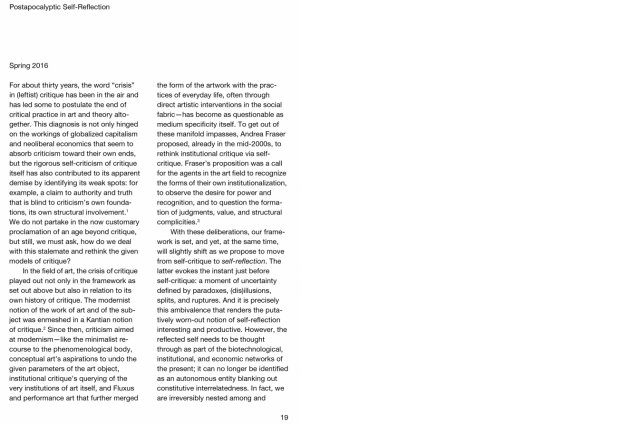 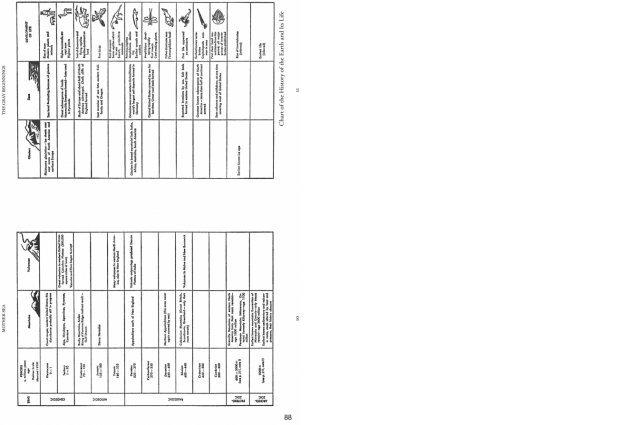 The neat boundary between social reality and science fiction, Donna Haraway first noted in the 1980s, is an optical illusion. In the intervening decades, it seems to have vanished altogether: today's news of ecological and economic crises seems to come straight out of the post-apocalyptic scenarios that science-fiction writers like to limn. Scientific reports concur with fiction, suggeting life-sustaining resources will become scarce, ecosystems will collapse, and economic inequality will escalate in the near future, auguring a future beyond the existing conceptions of humankind and the human that is also hinted at in widely discussed concepts of the Anthropocene and a post-human world. These dystopian perspectives are compounded by the crisis in which (leftist) critique and its reflection in theoretical and artistic practices have been said to be mired for at least thirty years. The global status quo is ruled by a capitalism in the neoliberal mold that seems ever more adept at rapidly absorbing any kind of critique. What is more, critique itself -- its authority and claim to truth, which tends to blind it to its own fundamental entanglement in the realities it criticizes -- has come under criticism. So Haraway's reading of science fiction as a reflection on the contemporary world, containing utopian as well as critical potentials, should inspire us to take a closer look at this fictional register.
Always focused on the threat of a dark future, stories of a post-apocalyptic world nonetheless inevitably also wrestle with the present and past, weaving new threads into a familiar basic narrative: the subject of modernity is at its heart a self that has lost its footing, dislocated in a world that has long been out of joint. We must keep this formation of the modern self in mind as we debate the concrete agency of the networked self -- and with it our own involvement in contemporary biotechnological, institutional, and economic structures. In light of the new situation, the allegedly outworn idea of self-reflection must be reframed with greater precision: it is not obsolete, but neither can we simply keep using the term in its conventional meaning. Based on the statements by the invited speakers -- artists as well as theorists -- the discussion will seek to identify open connection points and figures of reflection for an inhuman self in an (im)possible future.
Published after the occasion of the workshop “Postapokalyptische Selbstreflexion/Postapocalyptic Self-Reflection,” May 20–21, 2016, University of Applied Arts Vienna and the Department of Art History, University of Vienna