How Does The World Breathe Now? 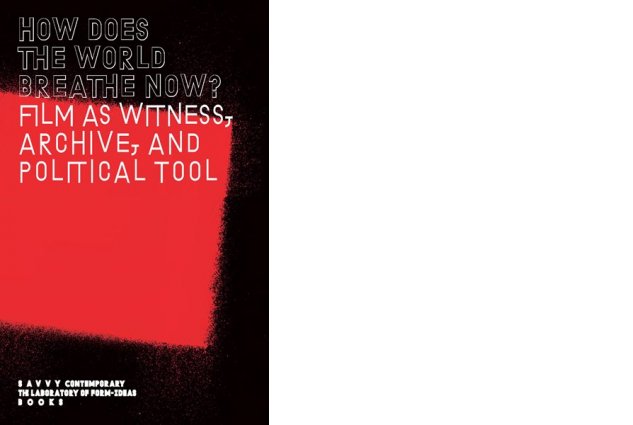 Out of frustration and exasperation with the state of the world in 1960, Indonesian poet Willibrordus Surendra Broto Rendra asked himself: “How does the world breathe now?”
The film series conceived of by SAVVY Contemporary, which ran from September 2016 through March 2018, was a response to our own dismay at the continued injustices that the world faces. Each week SAVVY invited a different speaker who would choose a film that she or he felt answered, or asked more questions of, the question, “how does the world breathe now?” More than just a series of screenings, the film series became a kind of ciné-club where we also ate, drank, and danced together, and out of which new concepts, collaborations, and polemics emerged. With this publication we hope to offer readers another mode of thinking about films, and to pick up on some loose threads or unfinished conversations of the film series.
Over the course of the publication’s three sections: Bearing Witness: old & new filmic practices with political clout; Archiving, Preserving, and Accessing Film; and New Relationships, New Practices: Towards sustainable & ethical filmmaking, SAVVY brings together the voices of contributors such as Sarah Maldoror, Filippos Koutsaftis, the Spotters of the TRIBUNAL “Unraveling the NSU Complex,” Stefanie Schulte Strathaus, Talal Afifi and Viola Shafik, the *foundationClass, and Olivier Marboeuf, among others. Together, we explore how film may be a constructive tool to examine the state of the world and its cruelties, and we ponder how to form a more stable and supportive culture of film production and distribution.