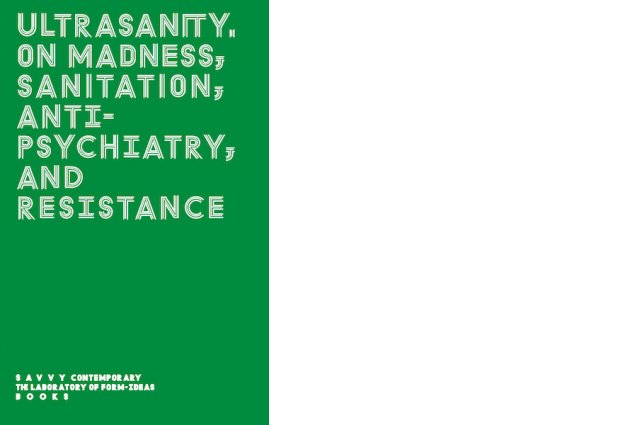 This publication unfolds as a collection of words, works, and images that informed, incited, and embodied SAVVY Contemporary’s project Ultrasanity. On Madness, Sanitation, Antipsychiatry, and Resistance, an exhibition and research project on the elasticity of sanity.
It doesn’t materialise simply as a catalogue of the exhibition but as a book retracing the trajectory of a research, as an occasion to extend SAVVY’s curatorial proposition into a further choral perspective. With it we aim to deepen some of the reflections that moved and agitated us through two years of researches, conversations, programming, and practicing of Ultrasanity. The cogitations and the confrontations, the movements and the sounds, the trials and the tribulations, that accompanied us through the project and its 4 chapters and iterations are here collected to resonate one to each other, and to open new trajectories and paths.
Edited by Bonaventure Soh Bejeng Ndikung, Elena Agudio, Kelly Krugman
Deutsche Ausgabe HIER