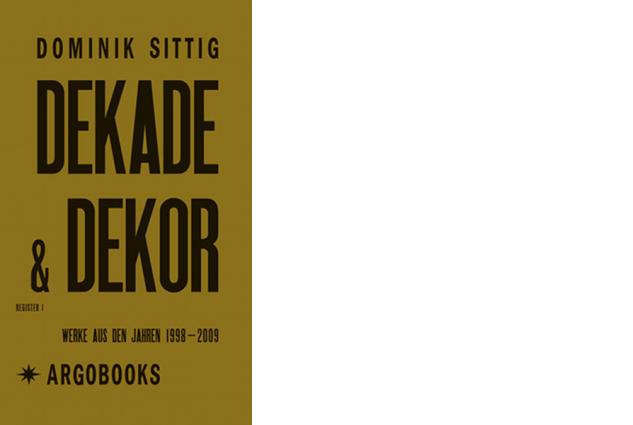 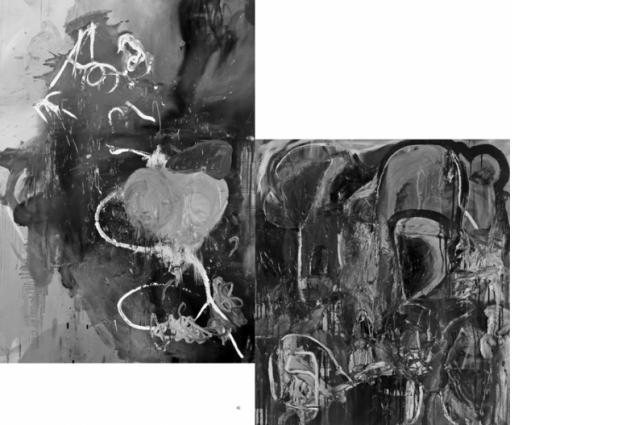 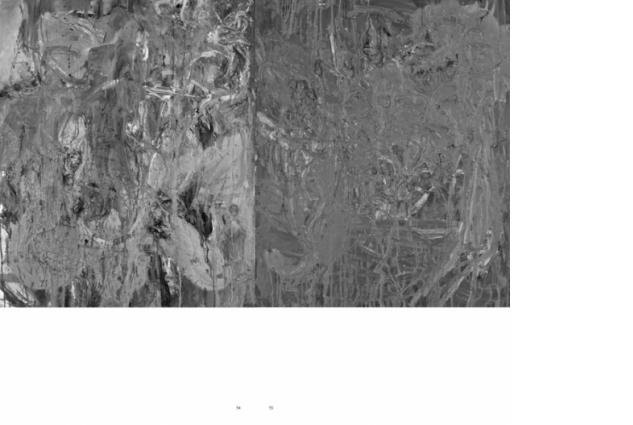 Dekade & Dekor was published on the occasion of the artist’s solo exhibition at the Christian Nagel Gallery, Cologne. Not merely an accompanying catalogue but rather an independent element, Dekade & Dekor, through its layout and reproduction – which follow on from that of the art publications of the 1960s –, recalls “the moment of anachronism in relation to the diagnosis of a general backwardness within the contemporaneity of art. The book itself puts forward one possibility for reaction, in terms of its aggressive ‘historification’: the hysteria of historicity, so to speak.” – Dominik Sittig.

Dominik Sittig’s first solo exhibition, “Dekade & Dekor” (Decade & Decor), offers fourteen paintings in various shades of gray. With their decisively executed gestural abstraction and delicately caked surfaces, which in some places allows a glimpse of deeper layers of bright color, Sittig’s canvases strongly evoke works by several artists associated with art informel, including Wols, Jean Fautrier, and Emil Schumacher. Working via a nearly offensive historicization, which is also present in the 1950s-like design of the exhibition catalogue, Sittig’s paintings are not earnest attempts to proclaim artistic authenticity. Instead, their multilayered surfaces tread on past clichés; these canvases want to look much older than they are and they also want to appear as though they reference obscure sources. Through these multiple gestures of exaggeration, Sittig makes a kind of parodic comment here on the backward-turning arts of the past decade, and seeks to undermine trendy tendencies.

A Colour Has Many...
Liesbeth Piena

Of A Land
Dani Jacob