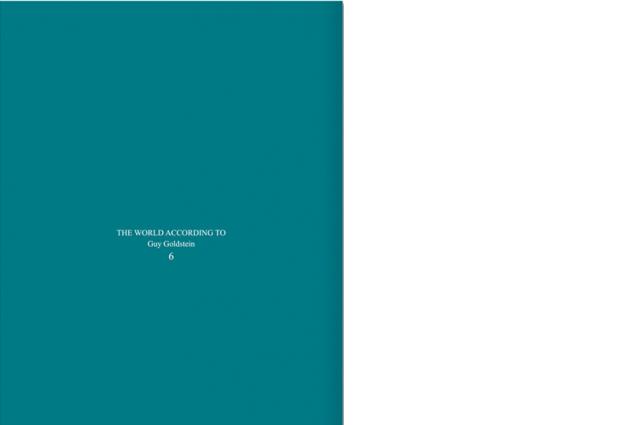 Guy Goldstein (*1974 in Haifa, Israel. Lives and works in Tel Aviv, Israel) is a visual artist, musician, educator and graphic designer. His work is based on sound but includes many media, in which the process of translation between forms becomes an unpredictable, crucial component of the final piece. His installations, drawings and videos contain a delicate balance of designed purpose and unforeseeable disruptions, playing with the limits of control and its loss.

In this issue of THE WORLD ACCORDING TO, Guy Goldstein follows a roundabout trail of seemingly random events found online, which may appear to be clues of intertwined global connections. The alternative narrative rolls between quoted Internet pages, found images and forgotten virtual anecdotes, as Goldstein investigates links that form a web of online facts, and weaves an idiosyncratic new story through them.

The world according...
Olaf Nicolai