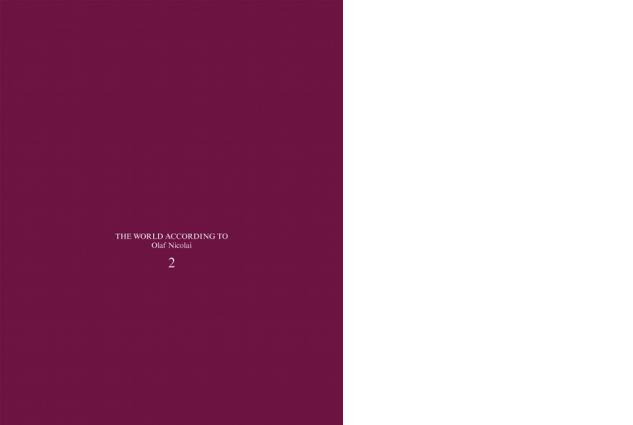 Olaf Nicolai's work is conceptual in nature and often characterized by (socio) political references, in which multiple antipodal aspects (socialist and capitalist, hedonist and idealist) merge and overlap. Aspects such as production processes and the generation of commodities are reflected in his work as well as the realm of aesthetics and the role of the observer, i.e. participant.

This issue of WAT appears in conjunction with his installation “Warum Frauen gerne Stoffe kaufen, die sich gut anfühlen" (Why women like to buy textiles that feel nice) at the Arbeiterkammer Wien in 2010, for which he designed a silk cotton curtain which lines the walls of the new building's reception hall. The publication is conceived as a textual system of references to this work in the form of an annotation apparatus with index of names and subjects. The title of the installation quotes a study by Elias Smith from 1937 on consumer behaviour regarding the purchase of textiles. Elias Smith is the pseudonym Paul Lazarsfeld used after his emigration to the USA. His studies are still seminal in market and opinion research today. Together with Marie Jahoda and Hans Zeisel he compiled the first long-term study on the effects of unemployment in the 20th century: "Die Arbeitslosen von Marienthal" (The Unemployed of Marienthal), 1933.

The research work on the demise of a former location of the textile industry was supported and co-financed by the Arbeiterkammer Wien and serves here as the starting point to unravel a complex web of references spanning from the decline of the textile industry to sociological opinion research, the development of consumer desires and psychological studies on tactile perception of fabrics, creating an intricate textural web.

The World According...
Guy Goldstein