Sharon Kivland // UNABLE TO ACHIEVE BROAD RECOGNITION IN MY LIFETIME, I LABOURED IN OBSCURITY UNTIL MY DEATH LAST YEAR 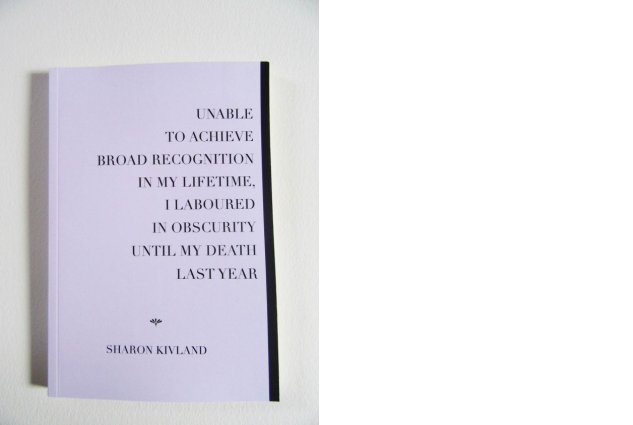 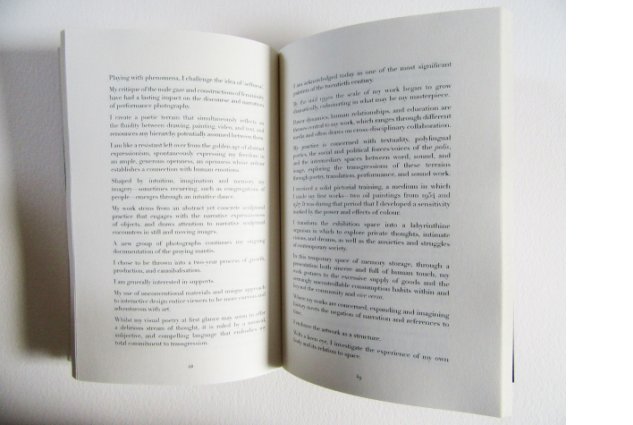 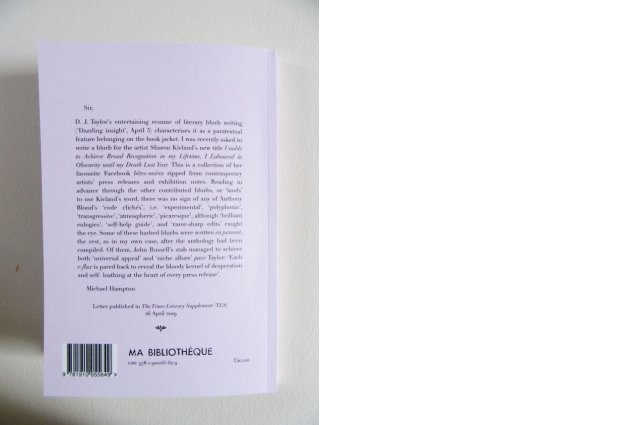 For nearly two years the author collected phrases from the exhibition press releases she received through email, posting certain of them on Facebook in a rather unsystematic way (that is to say, when she felt like it), with only one change, that of the personal pronoun, so each statement appeared vainglorious, absurd, even tragic. She supposes the measure was if they made her laugh or gasp or used words she deplores when thinking or writing about art. The posts gathered quite a following. Some people still mention them to her, and others have asked her to look at their own press releases before circulation.  These extracts have provoked laughter, disbelief (especially when performed as public readings, when she has  been obliged to swear to their veracity), self-recognition, and yes, shame.

She had only three rules:
1) She would not quote the press release of anyone she knows (certainly she could have done—she must admit that both a friend and someone she dislikes intensely have slipped in, and she fervently hopes neither ever reads this book); 2) She would not alter anything except the pronoun (this is largely true; however, for this book, she corrected some errors of punctuation and spelling, changed spellings to their English form, and employed her beloved Oxford comma); and 3) She would not use anything the artist had written (this, too, is true, save for one exception that was too wonderful not to include).

Finally, she  gathered a collection of endorsements, some along the way, others when she indicated this work was done. She is still alive and she continues to labour in obscurity.