A Concatenation of Dividuals
New 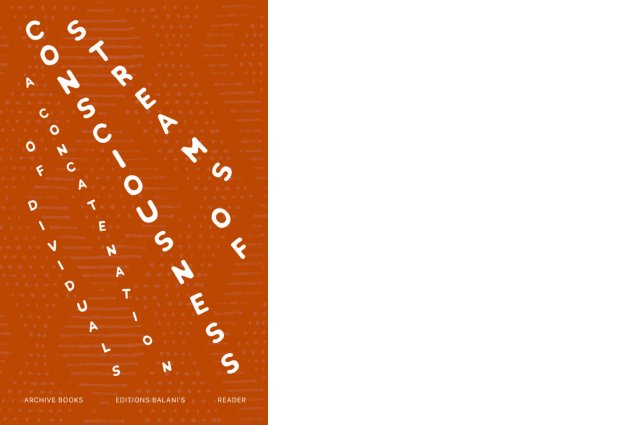 Conceived for the 12th Edition of the Bamako Encounters this book captures thoughts and responses of writers, poets, and artists to the curators’ proposition to think the practice of photography in Africa and its diaspora through the notion of the “stream of consciousness.”

The moment of capturing an image can be understood as a solidifying of the streams of consciousness which occur in the photographer’s mind in that decisive moment: the photograph then becomes the place of convergence of all conceptual, aesthetic and cultural ideas and associations out of which the impetus to capture arose.
The notion of the stream of consciousness is intrinsically linked to the notion of depth of sight: that is, the idea that sight can reach outside of itself and call onto the other senses. Photography, as a vector for such engaged vision, acts as a prosthesis for our impoverished sight. The impoverished nature of sight is of particular relevance in the African context, where photography has—in the hands of Western photographers—predominantly served to create visual taxonomy and stereotypes, thus un-training the eye, banishing it to shallow realms.

The poems and essays presented in this reader are theoretical and poetic responses organized in a stream in which different voices echo each other, expand on one another and resonate with each other, ultimately forming a polyphonic space of thoughts and reflections. The continuous movement, between the theoretical and the poetic, the personal and the public, represents an architectural structure which is defined by a collective agency. Every echo of the texts becomes a reference for the others, and every resonance amplifies the voices, fueling the streams of consciousness beyond the pages of the book.