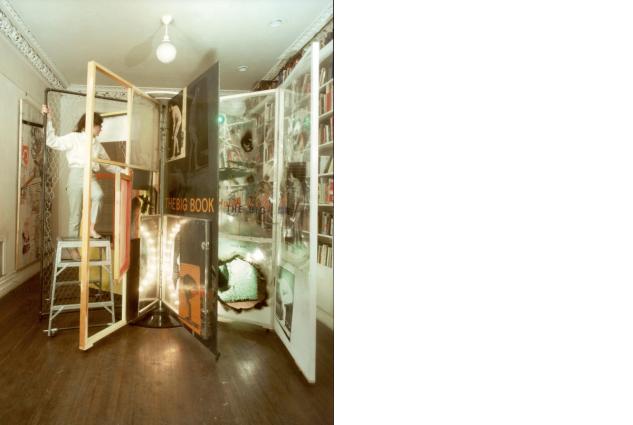 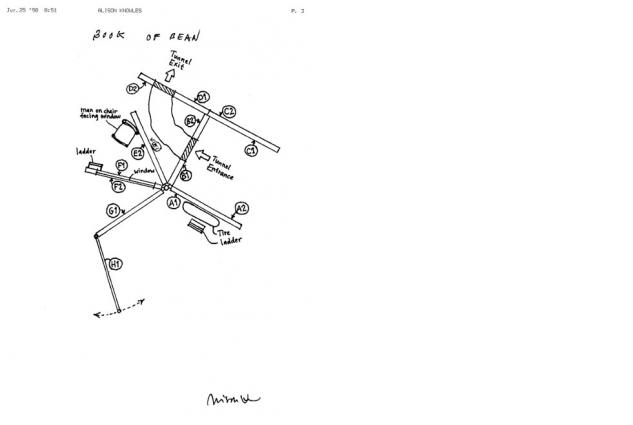 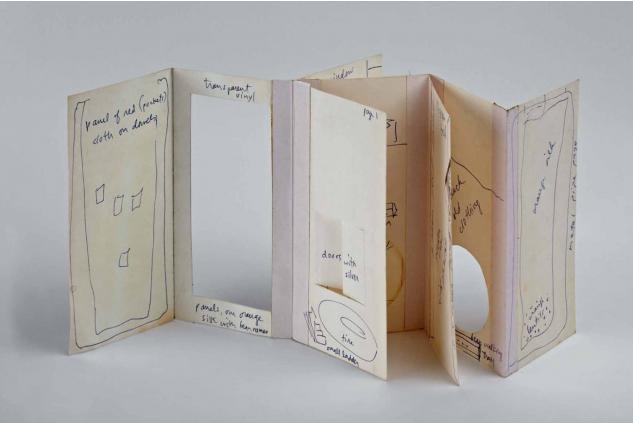 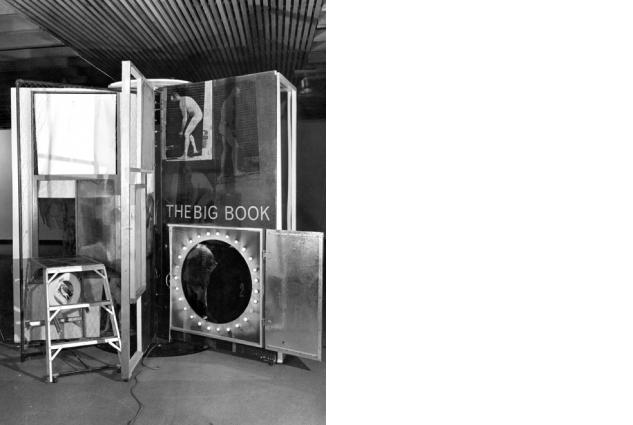 The Big Book by Alison Knowles was an eight-foot tall walk-in construction. It comprised a title page and eight moveable pages anchored to a metal spine. It was possible to leaf through the individual pages that were equipped with casters. Each page had an access point to the next page, opening up different spaces between the pages in which the readers could spend some time. The book contained a stove, a telephone, a bed, a chemical toilet, a library, a guest book, a gallery with art works by artist friends, a lush meadow, a ventilator and other utensils in the spaces between the pages. The book was constructed in such a way that it could be packed into two crates for shipping purposes. It was given its first public airing in 1967 at the Something Else Gallery in Chelsea, New York.
Following this first exhibition, between 1967 and 1969, the book travelled to various venues in Europe, Canada and the United States, such as the Pollock Gallery, Toronto (1967); Pictures to be Read, Poetry to be Seen at the Museum of Contemporary Art, Chicago (1967); The Rowohlt Verlag stand at Franfurt Book Fair, Frankfurt am Main (1968); Crazy Publishers at The Jewish Museum, New York (1969) and the University of California, San Diego (1969). In the course of these travels, the book gradually disintegrated into its individual components so that by the time it reached the final venue in San Diego, California, only a few pages remained. In 1981 and in conjunction with Franklin Furnace Archive, Inc.and the carpenter Yoshi Wada, Alison Knowles built a kind of sequel to The Big Book, entitled The Book of Bean.