The Architecture of Housing after the Neoliberal Turn 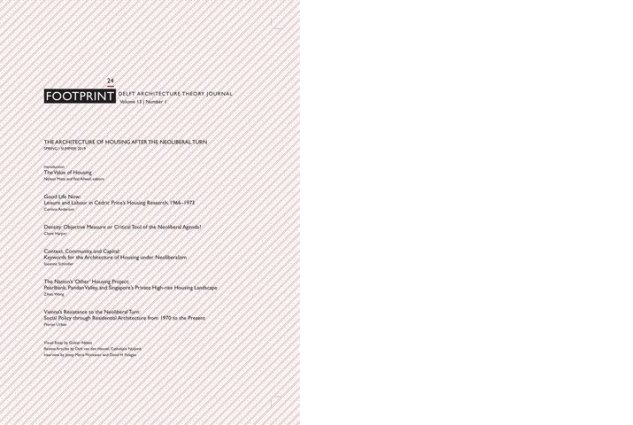 In 1872 Friedrich Engels’s The Housing Question indicated the societal relevance of workers’ housing provision, raising it to a prominent position in the apparatus of the capitalist mode of production. Eventually, in the interwar period, housing for workers had a key role in re-organising class relations and the city, and in shaping modernist architecture. With the reconstruction of Europe in the aftermath of World War II, housing gained momentum as a key factor to secure the social reproduction of labour.  However, since the global economic downturn of 2008, housing and the architecture of dwelling have gained again widespread notoriety. The collusion of government (de-) regulation, market ideology, and the architectural desertion of housing theory stalled the production of innovations in the architecture of dwelling and prompted a crisis in the mechanisms producing and distributing housing solutions for different publics. We are now facing a threat to the creation of safe, resilient and inclusive cities and human settlements, one of the goals of the United Nations’ New Urban Agenda.