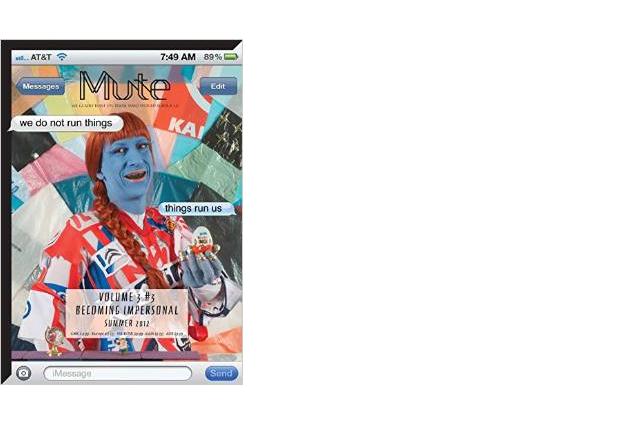 The ways in which the personal can be grasped as political is an exponentially productive legacy of second wave feminism. This idea connects the arguments made by many of the writers in this issue: Clinical Wasteman considers the all too personal experience of impersonal systems of exploitation but equally, and against communitarian fantasies, the need to think all imaginable futures as only socially, not privately, producible; in Occupy, Nick Thoburn discovers a collective exposure and deprivatisation of the privatised hells of living through austerity; and P. Valentine exposes the social function of the intimate ordeal of sexual violence. Maintaining conceptual and experiential distinctions, or f ire walls, between the personal and the impersonal, the domestic and the political, both within the mainstream and on the left, is exposed as actively constitutive of the system as a whole.