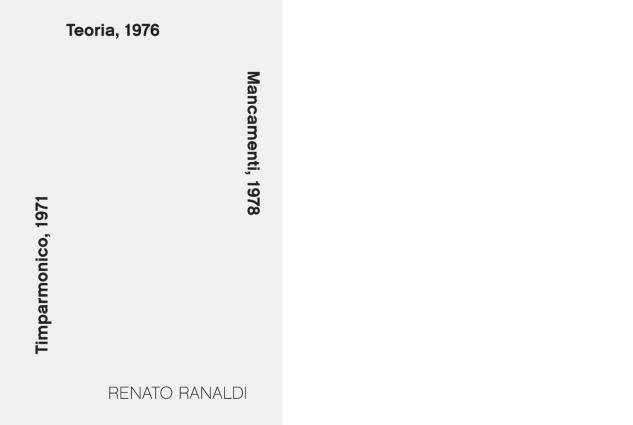 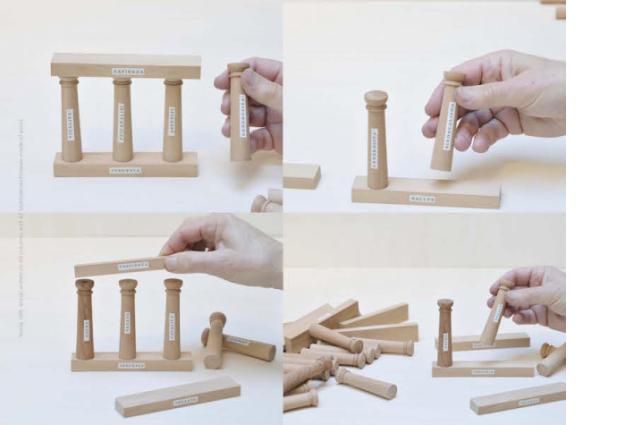 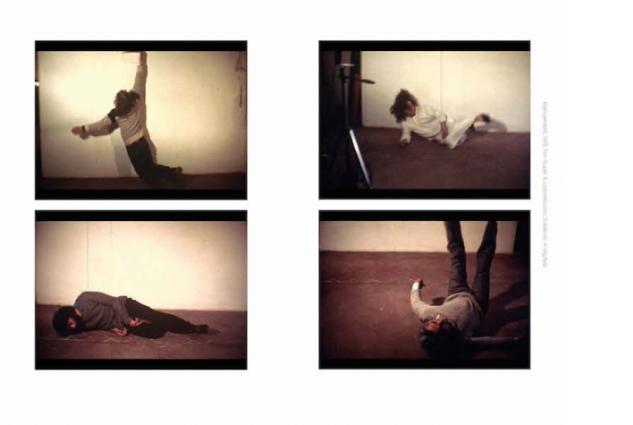 “On the evening of 29 November 2014 the artist Renato Ranaldi presented three works executed in the 1970s. […] The three works require the presence of the artist-agent to demonstrate the innumerable possibilities offered by “Theory” and the sonority of the “Timparmonico”. The idiophone has to be tapped, struck or lightly touched in order to absorb and transform the sounds emanated by the cavity of the metallic body. The bases, architraves and columns of “Theory” require the hand of a player to construct arbitrary conceptual architectures. In the film “Swoons” we see one visitor after another enter Ranaldi’s former studio and collapse before the cine-camera. […]

What Renato Ranaldi presents as the persistent core and motive of his artistic production is a parade of casualties and failures, the relentless exercise of a linguistic collapse charged with humour apropos projects and representations.

Through his works and texts documented in the catalog, Renato Ranaldi recalls the 1970s as a paradise of restlessness packed with friends and the loss of a certain creative specific tension due to the utopia of that period. However, the works have not been extinguished by the passage of time: they seep beyond the constraints of time, aspiring to avoid being pigeonholed by History, confident that they can evade it again, thus eluding their institutional mummification.” (Excerpt from the introduction by Angelika Stepken)