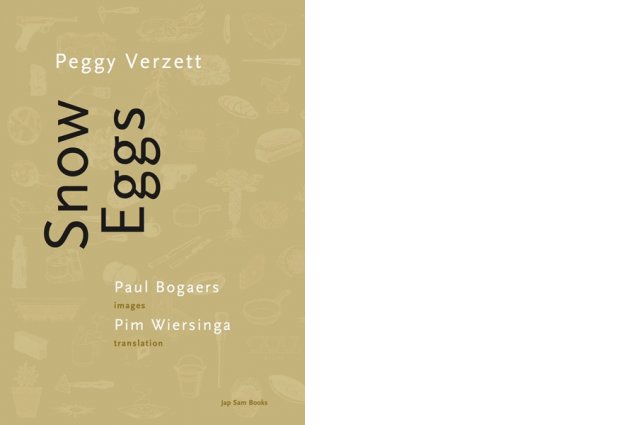 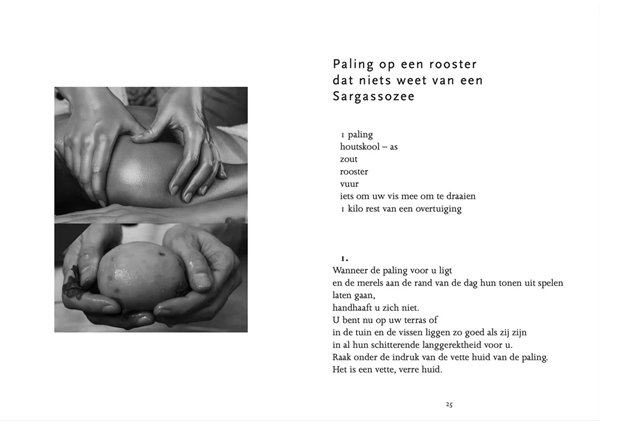 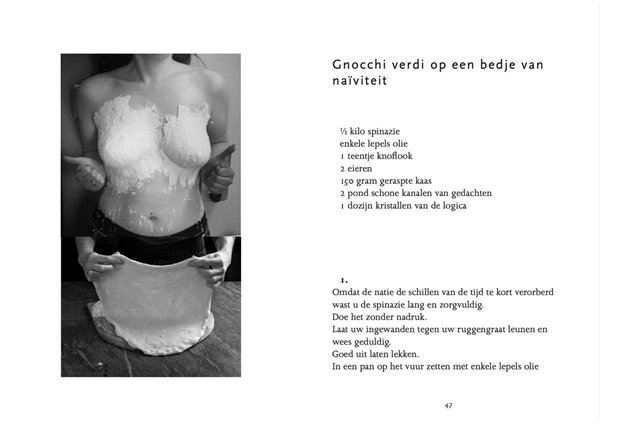 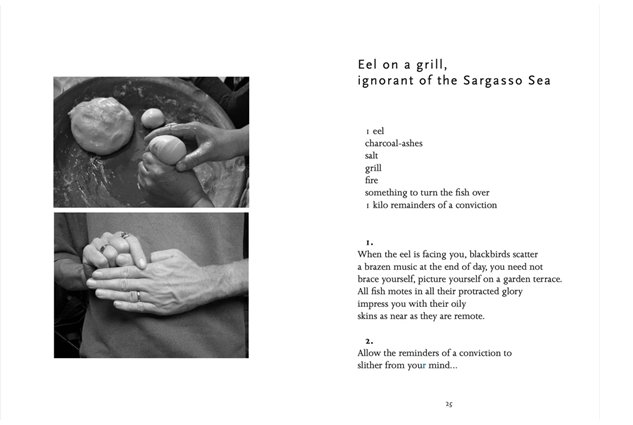 Yet another cookbook you’ll think! As if the mountain of cookbooks wasn’t high enough already! But dear hungry reader, one cookbook was still missing; the cookbook that doesn’t quite fit the genre and refers to much-needed uncertainty with an empty stomach. A cookbook that harks back to alchemy. Because the imperative mood is so annoying and needs to be exploited. Because the world of the psyche has endless contents that all want to feel they’re being fed.
In Snow Eggs seven dishes for seven different mental states of being have been collected. All our digesting causes great difficulties for the finest alleys in our softest facial expressions. Art helps to digest the uncertain instead of regurgitating what we already know. The menus in this cookbook belong to an old stomach that has been mapped, a stomach in which it’s all about slownesses in dark silences.
Peggy Verzett (1958) is a poet, painter and singer. She made her debut at publishing house Van Oorschot in Amsterdam, with Prijken die buik. In 2010, Vissing, was published by Querido. Haar Vliegstro, appeared in 2016. Her fourth collection of poetry will be published in 2022. ‘Poetry can communicate before it is understood’, said T.S. Elliot. This quote has become her artistic mantra; sometimes hermetics as well as supple playfulness are present in her work. The first Jana Beranova Prize was awarded to her in 2019 for her idiosyncratic oeuvre.
In the works of Paul Bogaers (1961) association and suggestion play an important role.  His general approach can be described as the ‘collage method’; although his work, through the years, has taken many a turn, ‘combination’ has always remained to be Bogaers’ central theme. At the beginning of his career he made name in photography as one of the forerunners of the present interest of photographers in ‘vernacular photography’ and integration of found imagery in their work.
Pim Wiersinga (1954) is a novelist, and made his debut in 1992 with Honingvogels (honeybirds) in the Antwerp Zoo, where this novel is set. Late 2021 or early 2022 Zena’s Arena will be published, an epic about the decline of classical antiquity – which was far from ideal.