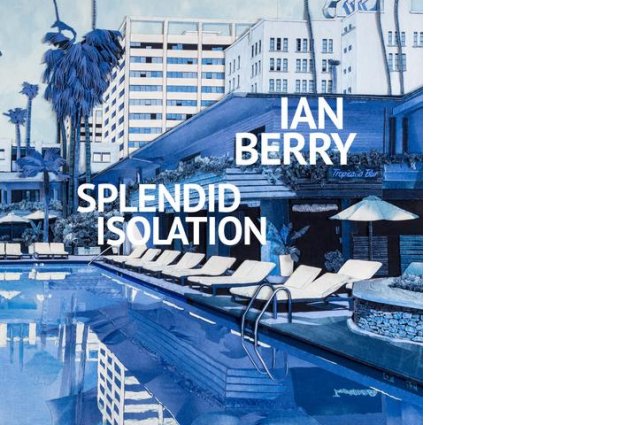 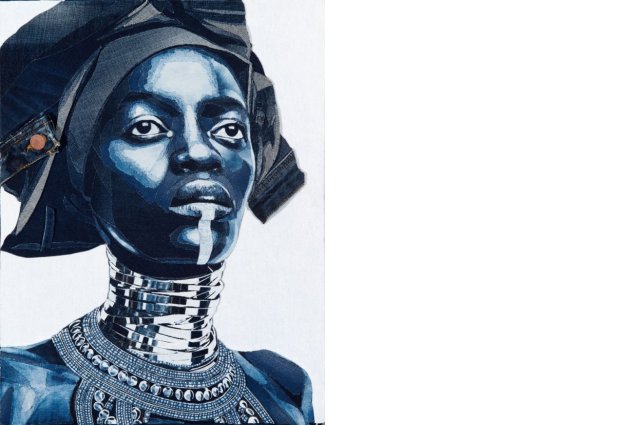 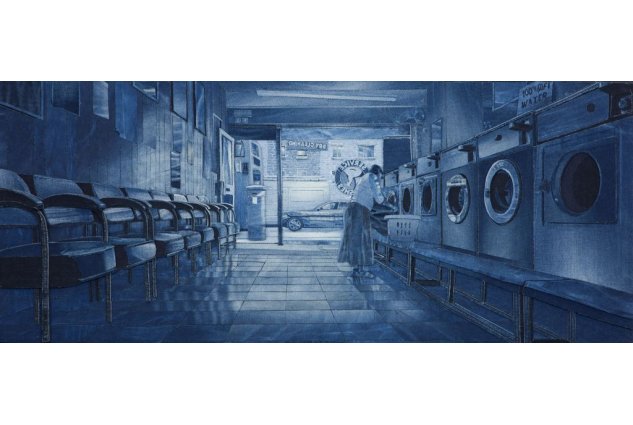 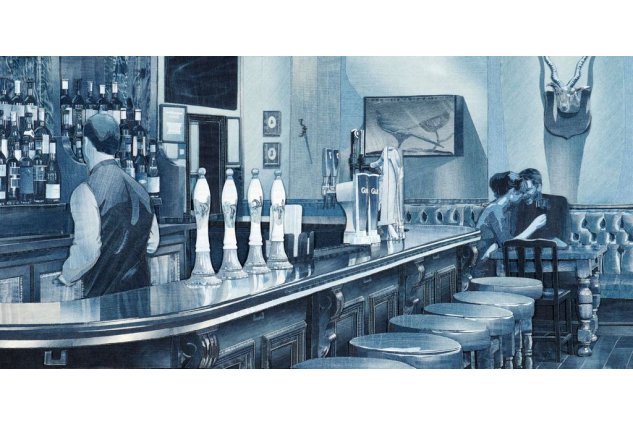 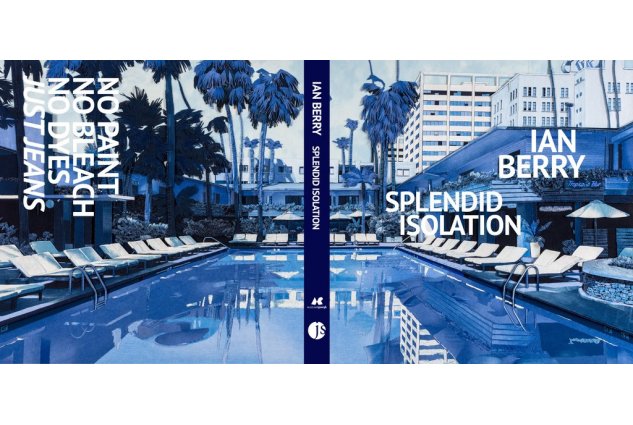 Ian Berry has emerged as an exciting young British artist over the last decade. He has been making virtuous figurative paintings and installations of denim for over 15 years. He uses discarded jeans, cuts them up into pieces and sorts according to hue like a painter places his colour nuances to his palette. At first glance the work seems two-dimensional, but when you zoom in, you can see how different layers of denim are placed on top and over each other. The ‘paintings’ are in fact denim collages so perfectly put together. They are almost impossible to distinguish from a realistic painting. Ian Berry also makes three-dimensional denim installations, which have been on display on multiple continents and at museums.

Ian Berry is a socially committed artist. With his work he responds to topical developments in society. His work is made of denim not only because he likes the material, it is as well because the textile industry is one of the most polluting industries. In his work he asks attention for this. In 2019, Ian Berry was proclaimed one of the 50 most influential people in the denim industry in the world.

This eponymous publication accompanies the first solo-exhibition of Berry in the Netherlands. Ian Berry. Splendid Isolation, Museum Rijswijk, November 29, 2020 – April 5, 2021.
Ian Berry (1984, Huddersfield UK) is based in East London. He is internationally known for his works made out of only pairs of jeans.