A Book as Evidence & Script for Future Performances 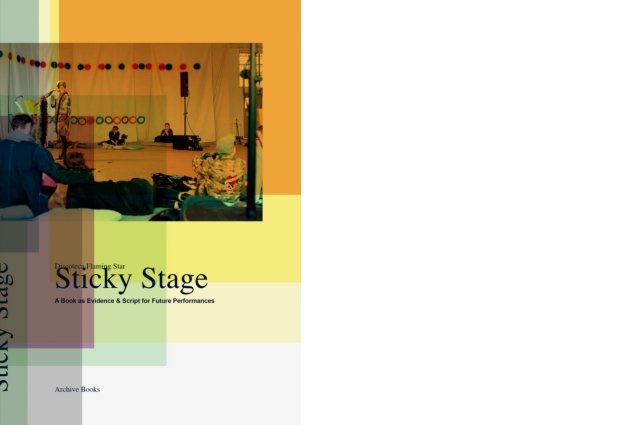 Sticky Stage is an installation and a performance. It’s a rehearsal situation, carried by live music, including poems, songs, films and texts. Repetition of the songs, repetition of the films. Reappearance of the very same and the familiar with difference, unfolding a space of strength and fragility. Sticky Stage is a temporary space within a dystopian landscape in which to take up our fatigue and our dreams in order to approach a tender imagination. Sticky Stage is a lullaby and a dirge, a funeral and a birth. Who will guard our dreams? This book gives evidence to Sticky Stage, specified on the basis of the case study at DISTRICT in Berlin. It is a path for future performances.

This book is an archive of the performance and a documentation of what will be. Published in collaboration with DISTRICT