Being Together Precedes Being

A Textbook for The Kids Want Communism 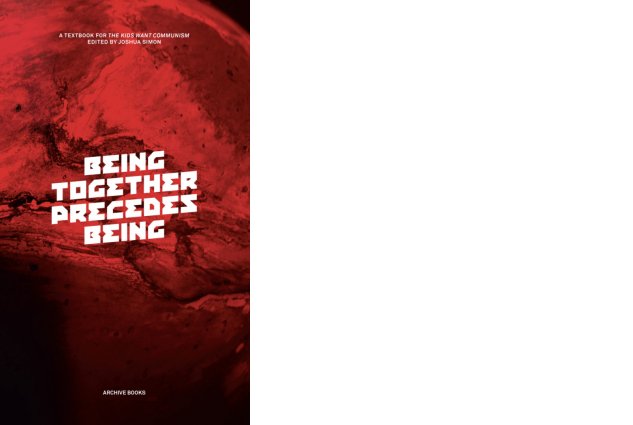 Specters are haunting the globe—the specters of anticommunism. From the European Union and its erosion to the disastrous “war of terror” and the destruction of the welfare state, from Wahhabism to neoliberalism, from debt economy to privatization, from game theory and disruptive innovation to cybernetics and the deployment of computerized surveillance/entertainment devices—all these anticommunisms are fighting one another, and they are now haunting us. What began with the implosion of real existing socialism almost thirty years ago comes full circle with the current collapse of the neoliberal arrangements that were then constituted.

Being Together Precedes Being offers a text book for the project “The Kids Want Communism,” which was initiated towards the 99th anniversary of the Soviet Revolution of October 1917 as a series of exhibitions, symposiums and conferences, screening programs, publications and a summer camp. In this textbook, communism does not merely describe an “us versus them” relation, but also offers that we are becoming the future. This trajectory of communism runs parallel to us at every single moment and its guiding principle is that being together precedes being.