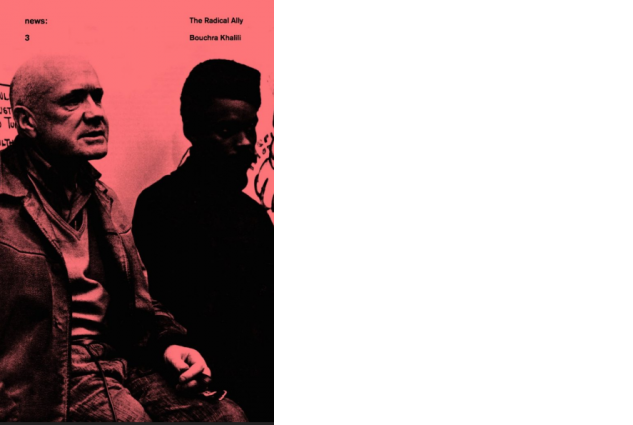 In 1984, as Jean Genet was preparing the edition of his major articles, he chose to start with a text that did not belong with the rest of the articles included in the collection. “The Declared Enemy”, which would become the title of Albert Dichy’s reference edition of Genet’s articles and interviews from 1964 to 1986, was written in Tangiers the same year that Genet was invited to encourage support of and bear witness to the repression suffered by the Black Panther Party (1970). Bouchra Khalili’s The Radical Ally is a visual and textual investigation on the work she undertook in Twenty-Two Hours (2018), where she follows Genet’s traces during his stay with the Panthers to question what remains of the political memory of the Party. Through the voices of Quiana Pontes and Vanessa Silva, two young Bostonians committed to the heritage of struggle for  equality of African Americans, and Doug Miranda, the former captain of the Boston chapter of the Black Panther Party and, at the time of Genet’s visit, involved in organizing support for Bobby Seale in Connecticut, she interrogates the different layers of history that have engulfed the struggle for liberation to which the characters in her video have committed their lives. Dichy notes that when Genet wrote “The Page of Tangier,” he did it in response to a question he posed rhetorically to the American painter and poet, Byron Gysin: “Friends? I am looking for an enemy of my stature”. In this publication, we explore the position of the radical ally as the reverse of the declared enemy. To become the radical ally, as Khalili reminds us in her interview with Jackie Wang, Genet had to destroy the white man in him. A process of destruction to which he was maybe referring when he fantasized with the declared enemy: “No arms, no legs, no belly, no heart, no sex, no head: in sum, a complete enemy already bearing the marks of my bestiality, which — being too lazy — would no longer have to make any effort.”

​
news: is a series of publications dedicated to practice-based research by artists, architects, educators, scientists, scholars, and writers.
We publish ongoing investigations committed to reading material records of the present, the histories they enfold, and the futures that haunt them.