Universality and Particularity: What is Asianness? 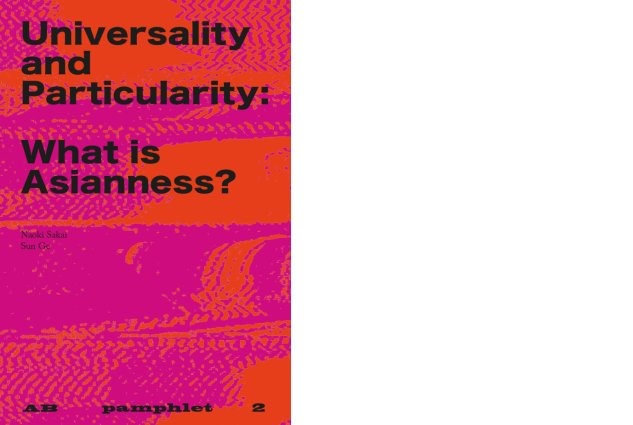 The publication of this book, Universality and Particularity: What is Asianness?, is not a trivial matter. It contains a small segment from the recent thinking of professor Naoki Sakai and professor Sun Ge. Together they elaborate on the transcendental perspectives that the notion of Asia could provide in terms of entering regional histories, and of re-examining the issues left out in the assumed relationship between universality and particularity. Following their respective speeches at Inside-Out Art Museum in Beijing, professor Naoki Sakai and professor Sun Ge carried out a dialogue upon issues regarding the relevance of Asia as a category of perception in light of the current international political dynamic, and the new reality of a fastly fostered Asian unity. This discursive event put forward the notion of Asia and Asian theories as an intellectual horizon. As such, it has the potential to problematize existing categories and orders, and thus provide windows into the contemplation of subjectivity.

Naoki Sakai is Goldwin Smith Professor of Asian Studies at Cornell University. His publications include: The End of Pax Americana and the Nationalism of Hikikomori (in Japanese, Iwanami Shoten, 2017); Translation and Subjectivity (University of Minnesota Press, 1997). He edited a number of volumes including Politics of Translation, special issue of Translation, co-edited with Sandro Mezzadra (2014). Sun Ge is Researcher at the Institute of Literature in the Chinese Academy of Social Sciences. Her main publications include (in Chinese): Why Shall We Talk About East Asia: Politics and History in Situation (SDX Joint Publishing, 2011); The Literary Position: Masao Maruyama’s Dilemma (Shandong Education Press, 2009); The Paradox of Takeuchi Yoshimi (Beijing University Press, 2005).