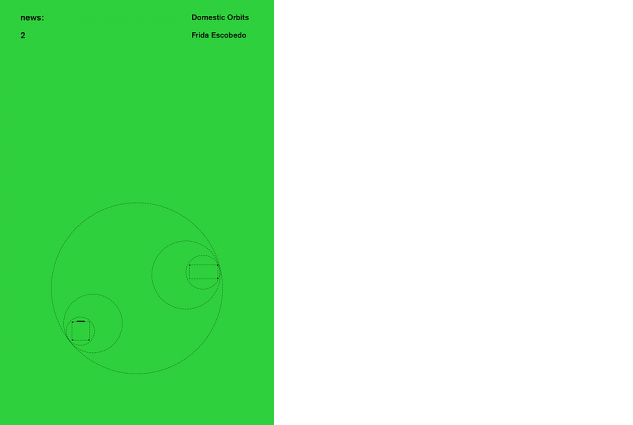 Frida Escobedo’s Domestic Orbits its a speculative essay of critical cartographic that explores how the domestic space is configured around orbits of exclusion that shape the trajectories of the domestic workers. How the space it is articulated according to specific gendered, classist, racist configurations of the social? Organized through a series of case-studies that range from the1950s until today in Mexico City, looks at the different scales in which domestic labor is erased by architects and planners. It reads the architectural plans of five well known projects from a perspective that aims highlight the social and economic relationships. In that sense, Domestic Orbits sketches a counter-history of Modern architecture that question the duality among the visible/invisible, those who count and those whose not.

​
news: is a series of publications dedicated to practice-based research by artists, architects, educators, scientists, scholars, and writers.
We publish ongoing investigations committed to reading material records of the present, the histories they enfold, and the futures that haunt them.
​