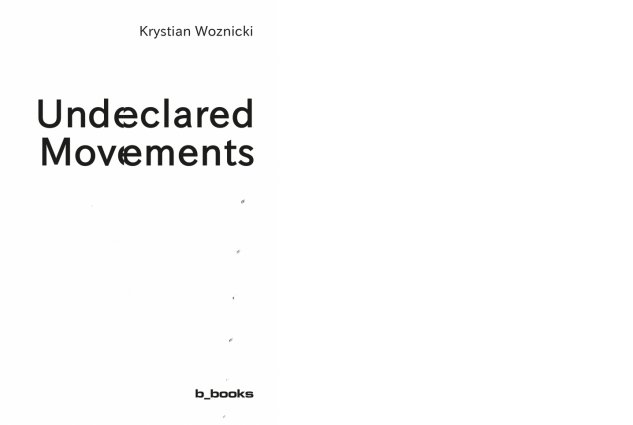 A type of infrastructure formed under the extra-legal regime of the state of exception, the corridor is designed to catalyze state-of-the-art movement control, ultimately enforcing frictionless circulation. In this image/text essay, two temporary manifestations of the corridor are of particular relevance to Krystian Woznicki's critical assessment of movement-based power in the Schengen Area. One was constructed to manage the movement of illegalized migrants during the Summer of Migration in 2015, and the other designed on the occasion of the G20 summit in Hamburg in 2017 for the smooth passage of political leaders and to channel their opponents. The guiding question is how existing possibilitiesfor moving, associating, and sense-making were conditioned by these corridors - and how one was ableto appropriate this conditioning to emancipatory ends. Zooming in on various modes of disavowal ofmovement-based power in the Schengen Area, Woznicki gravitates towards actors from illegalized (and officially unrecognized) social movements as varied as mass migration and black bloc activism. Here, their struggles appear in a new light. Claiming access to political participation, they provide inspiration for exploring collective desires that go beyond any particular social group.

Woznicki writes: "By studying struggles that do not yet have an official political lobby, or that have not yet been actualized on the street or at a square as a recognizable collective body, it becomes possible to grasp political forms before the actualization of their potentialities occurs - that is, when we are on the brink of developing a political consciousness for what it means to be in the given crisis together."

Krystian Woznicki is a Berlin-based critic and photographer. Fugitive Belonging, his pevious book, blends writing and photography. He is also the author of A Field Guide to the Snowden Files (with Magdalena Taube), After the Planes (with Brian Massumi), and Wer hat Angst vor Gemeinschaft? (with Jean-Luc Nancy), all published by Diamondpaper. His first book, Abschalten. Paradiesproduktion, Massentourismus und Globalisierung, was published by Kadmos. He is also the co-founder of Berliner Gazette (berlinergazette.de).