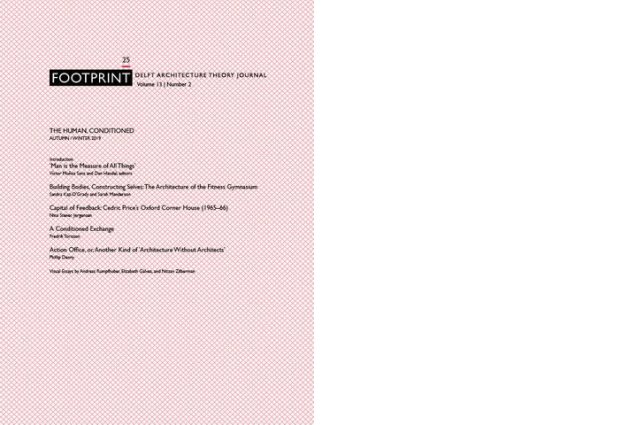 The anthropocentrism of architecture has seldom been challenged. However, some architectures function with a set of values emanating from the industrial economy, creating spaces to which human bodies must adapt and survive.

The radical conditioning of humans by the built environment reaches over geographies, times and scales. These spaces could provide architecture with the opportunity to reimagine the relationship between humans and ‘technical objects’, and reconsider humanism.

This issue seeks to highlight spaces of radical conditioning, in which humans have to operate according to the logic of industrial economy and technology, through an understanding of the machine and its rise in contemporary societal and architectural instances of such spaces. Contributions challenge ideas about technology, economy, and the built environment, while uncovering the rationale, values and motivations behind their conception and functioning, and the stories of their human users. To what extent can deconstructing technological determinism in architecture reveal new forms of human/machine agency?