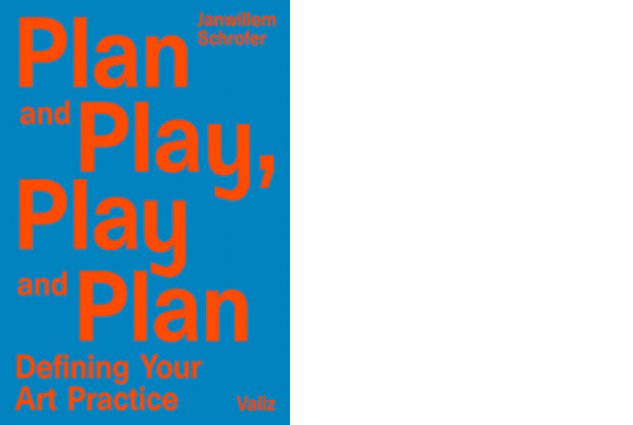 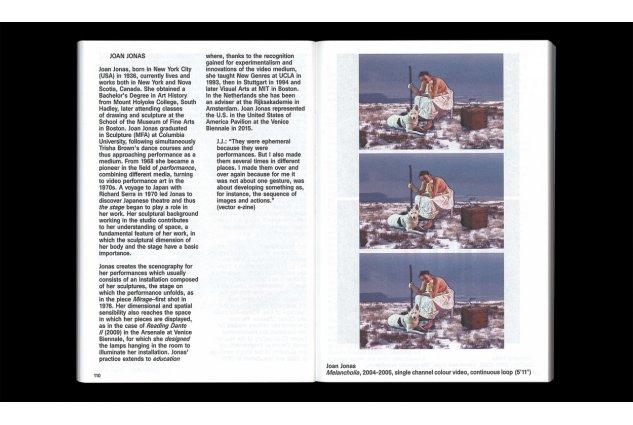 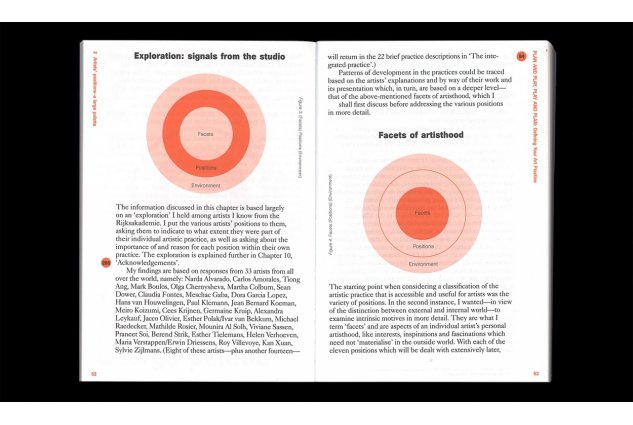 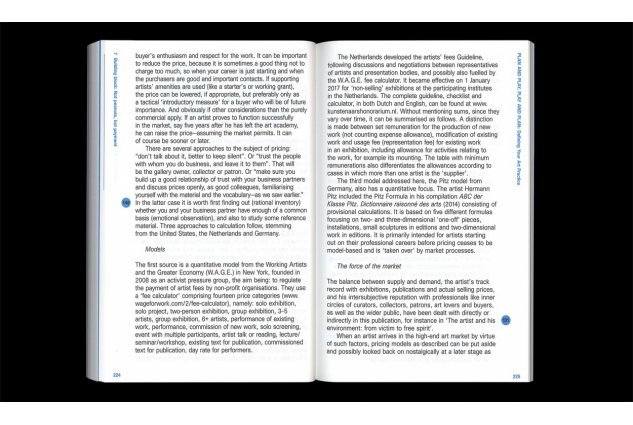 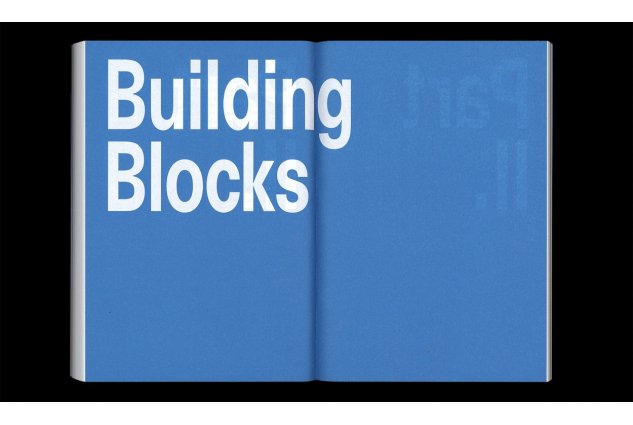 ‘Visual artist’ is a term with untold interpretations, nuances and meanings. But how, as an artist (or designer, photographer, or other ‘independent creator’), do you become who you are and who you would like to be? What fundamental questions, characteristics, dilemmas, ambitions, restrictions and realities play a part? How, can you guide your artistic practice, the main criterion being to answer the question: ‘where do I stand and what do I stand for?’
Plan and Play, Play and Plan invites the artist to reach considerations, often based on analytical models, that will help to determine his/her position. This book has been written by Janwillem Schrofer, director of the Rijksakademie (Amsterdam) from 1982 to 2010, an esteemed international institute, where artists with a number of years’ professional experience are provided with their own studios for two years. Schrofer knows from practical experience the complexity of the artist’s questions and dilemmas, the many areas in which the artist is involved and how important self-reflection and self-determination are. He has scrutinized his considerations and, assembled notes—based on many interviews with a wide variety of artists—assimilating them into an appealing book in which terminology, background and questions requiring reflection form a cohesive whole.
This log-cum-reflective book is intended for artists and those who wish to become artists, as well as anyone who works with artists. The book does not provide ‘recipes’ or simple solutions, but delves into the very fibre of the artist’s profession, and invites the reader to explore a sustainable artistic practice.

Janwillem Schrofer is Organizational Sociologist (1971, Erasmus University Rotterdam). He worked in alternative youth care and on new, innovative forms of care for the elderly, before entering the internationally renowned Rijksakademie van Beeldende Kunsten in Amsterdam, in 1982.
As President of the Rijksakademie Schrofer revitalized and reinvented the institute, which by mid nineties evolved into a Research Residency, opening up for artists from low income, often turbulent societies in Africa, Asia and Latin America. Several of these artists developed artists' platforms in varying shapes in some 12 places, combining their international (global) career in the art world with taking responsibility for (local) places - often micro-residencies - aiming at reinforcement of artists and on society development: the RAIN network.
With generous donations from artists he founded the Rijksakademie Artists' Endowment Fund (RAEF) 'Artists for Artists'.
The Prix de Rome, national prize for artists and architects including a residency or work period, was also redefined (in 1985 and in 2005). On departure in 2010 he received the Royal Order Officer of Orange Nassau, thus honouring art and artists in and outside the Netherlands.