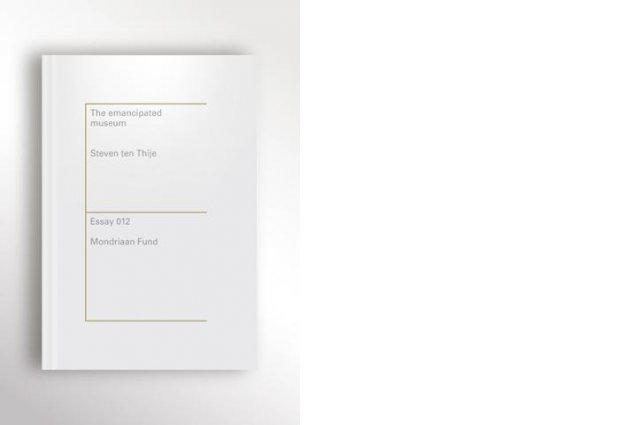 In ‘The emancipated museum’ the art historian and researcher Steven ten Thije engages in a personal inquiry into the importance of art museums in a society that is becoming ever more fragmented. In spite of the unprecedented success of museums in attracting masses of visitors, the future of the museum is uncertain. Museums may appear calm and self-assured to outsiders, but not even this noble showcase of art is immune to the cracks in society. The tensions between high and low, newcomer and native, rich and poor insidiously worm their way into the museum foundations like concrete decay. Society is adrift and the museum has to follow in its wake.

Ten Thije looks for a new future in which art museums can become part of a new emancipation movement; a future in which museums offer an open environment that gives priority to the quality of the museum visit and challenges visitors to make their own choices.

Steven ten Thije (1980) is an art historian, curator and author. He is associated with the Van Abbemuseum as coordinator of the European museum confederation L’internationale. In 2013 he was one of the founders of ‘Stone in the pond’ to research and debate art and democracy.

This publication is part of a series of essays commissioned by the Mondriaan Fund.