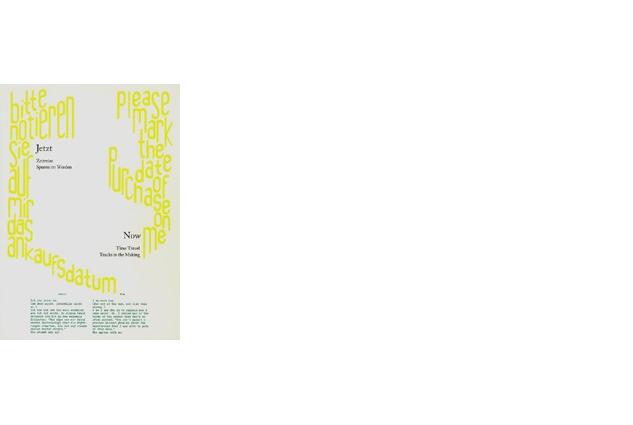 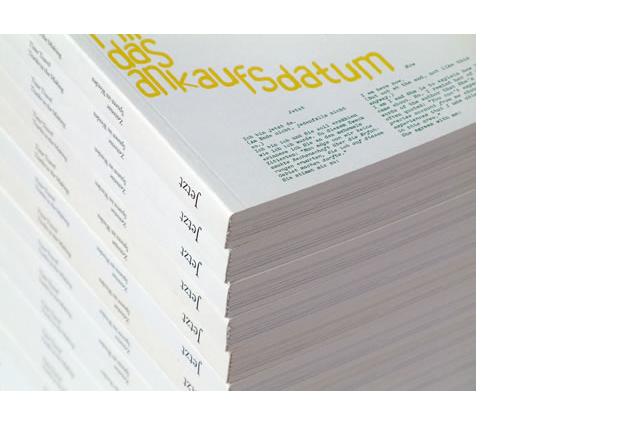 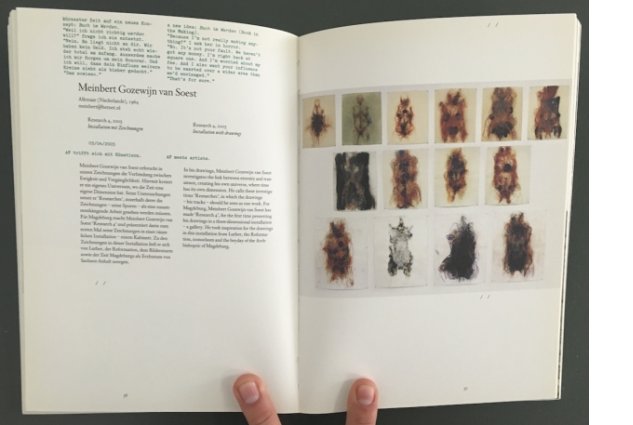 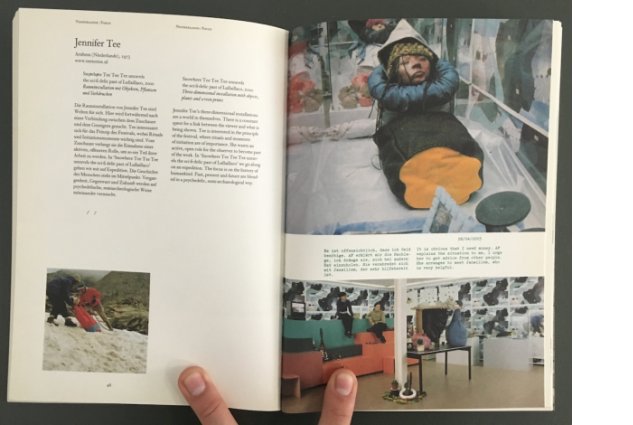 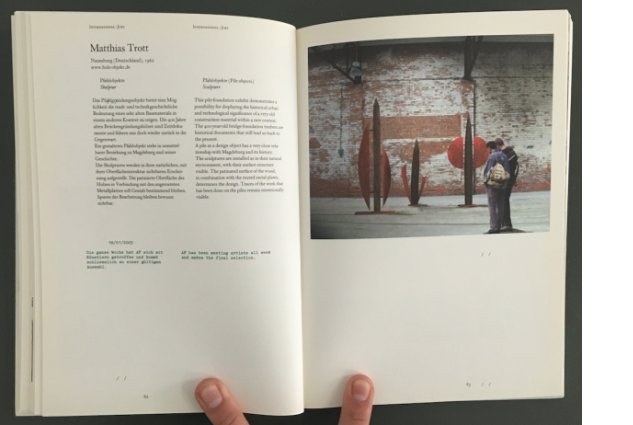 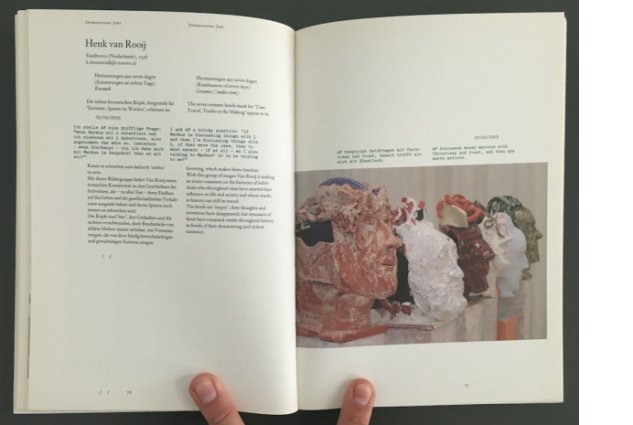 The exchange between Eastern and Western Europe, cultural identity, the significance of art in a changing Europe: these are issues that are investigated in Jetzt/Now. This investigation is taking place as part of the V. International Art Festival in Magdeburg, Germany. For five years now, the art festival in this renowned city in the former East Germany has, in its own way, been enabling encounters and dialogue between artists from Eastern and Western Europe. This means that the festival makes a substantial contribution to the cultural atmosphere in the city and beyond. Ukraine was the focus country last year; in 2005 it's the turn of the Netherlands. The festival this year has the theme of 'Time Travel, Tracks in the Making'.
Jetzt/Now explores the meanings of the concept of 'time travel' through different texts and images and presents all of the participating artists. It includes an essay by the German historian Karl Schlögel and a literary contribution from Kathrin Hero.