Clemens von Wedemeyer // The Illusion of a Crowd 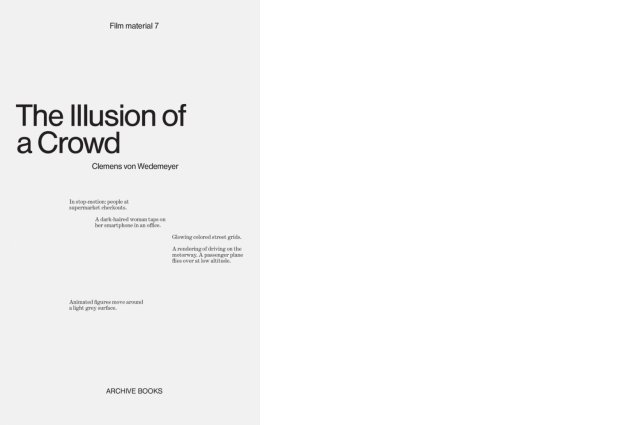 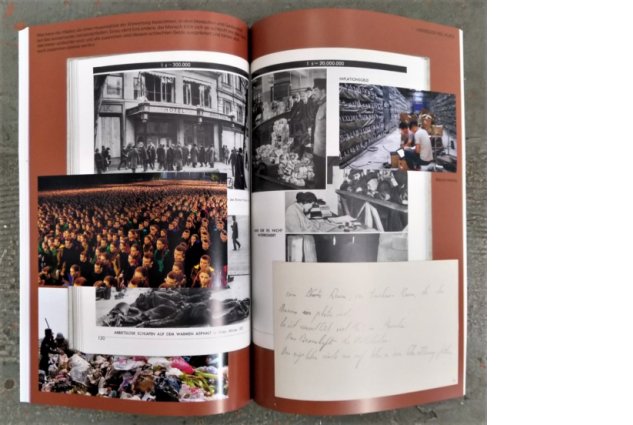 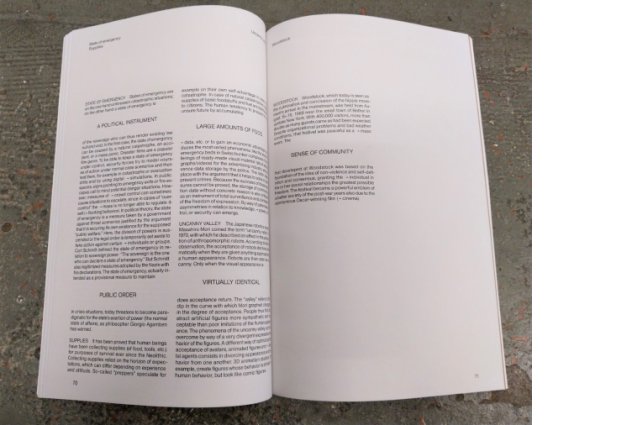 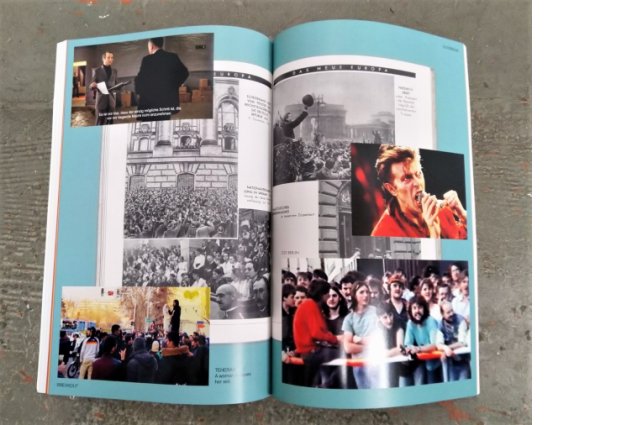 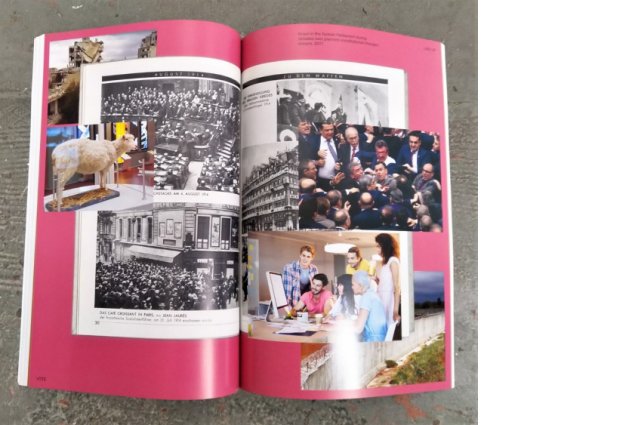 Film material 7 / In collaboration with Till Gathmann. Including the films Transformation Scenario, 70.001, and Faux Terrain, as well as a visual essay, a glossary and texts by Heike Geißler, Fanni Fetzer, and Franciska Zólyom.


"I've been interested in images of crowds for a long time, such as in the 1999 video Mass, and inspired in this by Crowds and Power by Elias Canetti. I returned to his book while working on the video installation Transformation Scenario. Canetti describes crowds as entity and their different types, how they grow, transform or discharge. Published in 1960, and related to the totaleterian 20th century, my question was: What is the image of crowds today, what's the new specificity? How can we speculate the future? For Canetti ‘invisible masses’ are ghosts, demons or angels. In our society it’s big data. Invisibility in a medium is a problem, as we loose understanding, so paranoia grows. But how to render data visible? Cinema has been trying to simulate life since its start. Now film extras are replaced by programmed digital autonomous agents – and similar algorithms are used by sociologists today to simulate social city life for example. I researched the tools and algorithms that were developed in film and game industries but could be used for crowd control in the future. The crowds of Canetti's youth were mostly on the streets, now they are active and channeled in the media.

When I visited the Elias Canetti archive at the Zentralbibliothek Zurich, I was looking for manuscripts and sketches for his major work Crowds and Power (1960). I imagined that Canetti must have made drawings, as the behaviour of the various crowd types he identified was described in such detail. I hoped that these drawings would help me transfer the group behaviour he describes to virtual figures in an animated film.

The archive of manuscripts, arranged by Elias Canetti himself, was handed over to the Zurich library and contains the notes and sketches he completed during the development of Crowds and Power, a period of almost forty years. However, in this context I found no drawings — Canetti had only made graphic lists on various themes. So where did Canetti’s precise descriptions of the scenes come from?" - Clemens von Wedemeyer

This publication was released on the occasion of the exhibitions: