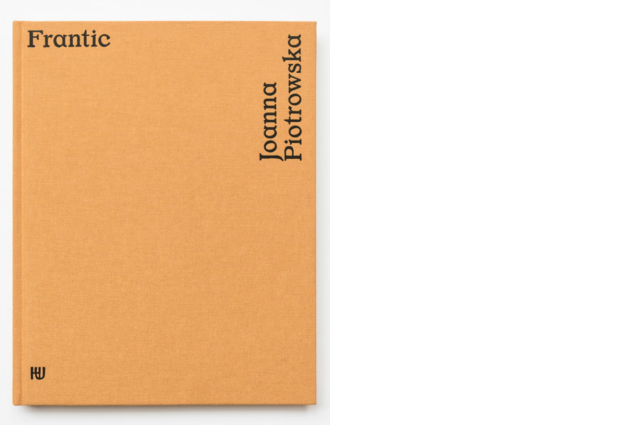 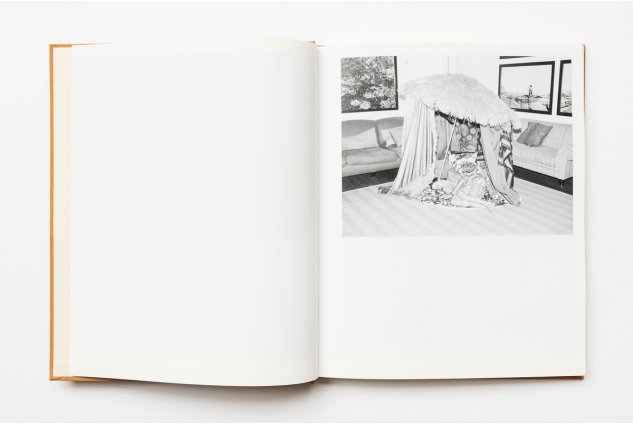 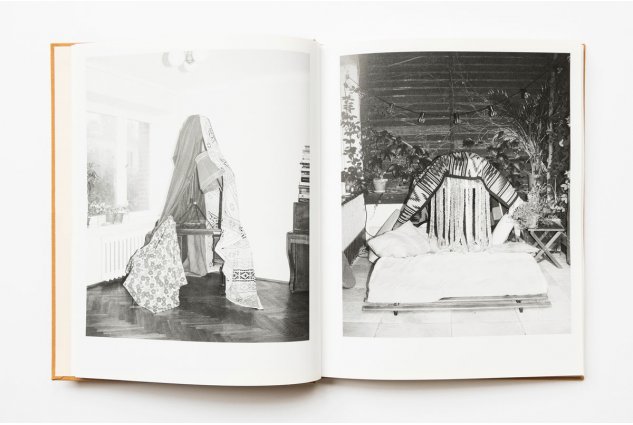 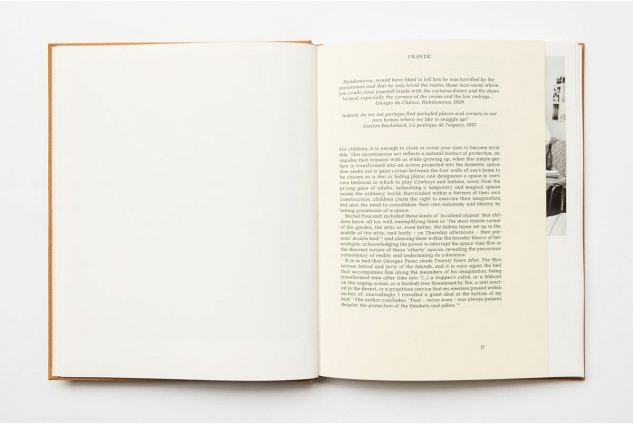 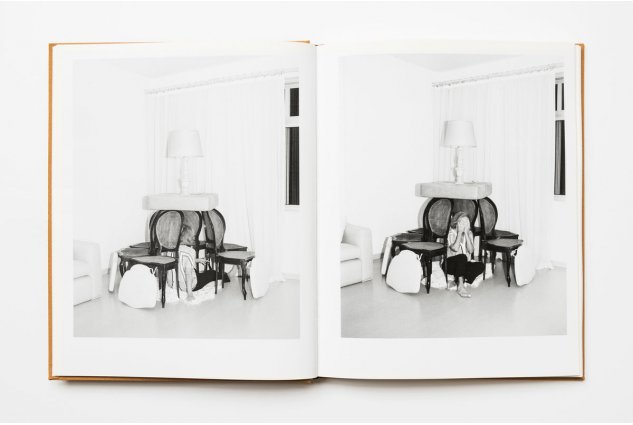 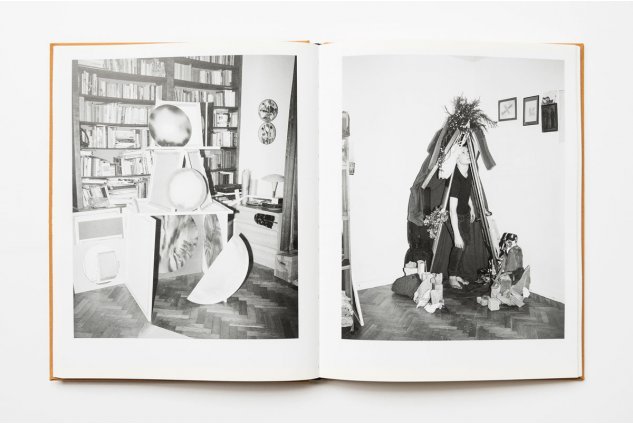 Joanna Piotrowska’s FRANTIC brings together black and white photographs, taken in 2016 in Lisbon and later in London, Warsaw and Rio de Janeiro. The series features shelters with their inhabitants as well as shelters photographed on their own. The initial idea for the project comes from the common children’s game in which they build a shelter, a tent, a bunker or a house within their own domestic space. The process of triggering the situation in which adults build such protective, temporary shelters is as important for Piotrowska as the final photographic outcome. The project is inspired by homeless people’s temporary constructions and by the general notion of home and the very fragility of the domestic sphere. The starting point for dwelling on this game and transposing it into the adult world was the artist’s fascination with those shelters being always built inside a home, as if the domestic space itself did not provide enough protection from the outside world. The book includes a text by the psychoanalyst Anouchka Grose, one by the curator Sara De Chiara and one by the architect Pier Paolo Tamburelli.