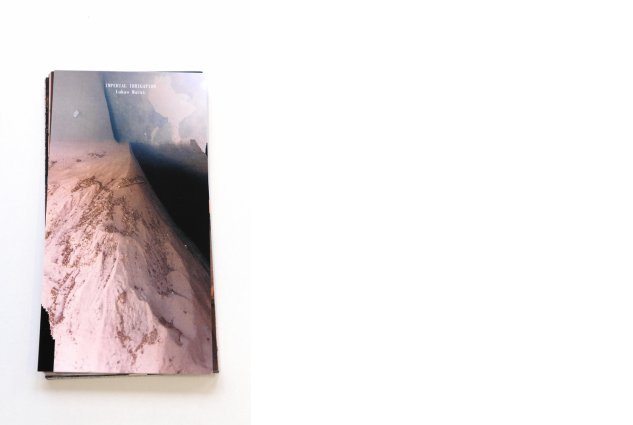 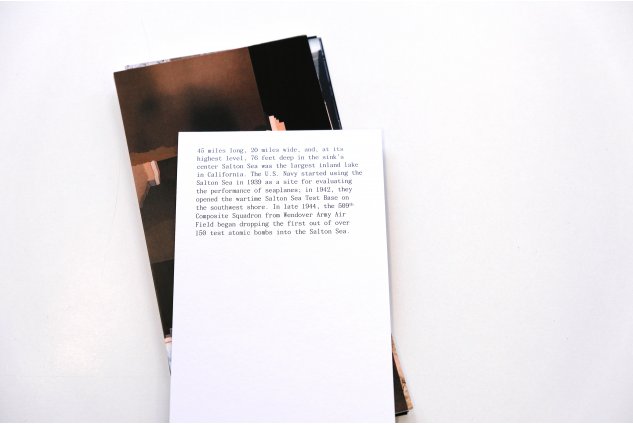 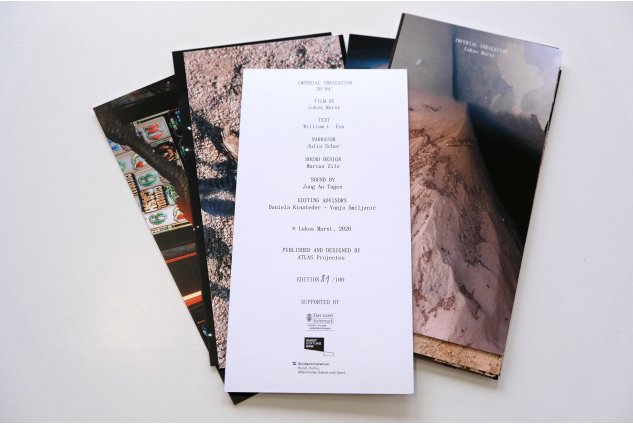 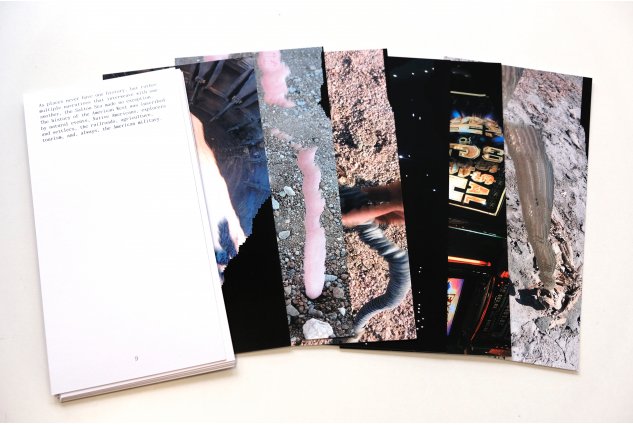 45 miles long, 20 miles wide, and, at its highest level, 76 feet deep in the sink’s center, Salton Sea was the largest inland lake in California. The U.S. Navy started using the Salton Sea in 1939 as a site for evaluating the performance of seaplanes; in 1942, they opened the wartime Salton Sea Test Base on the southwest shore. In late 1944, the 509th Composite Squadron from Wendover Army Air Field began dropping the first out of over 150 test atomic bombs into the Salton Sea.

Imperial Irrigation is an experimental documentary film by Lukas Marxt about the Salton Sea, in search for deeper truths about this slow-drying lake via digital surrealism and landscape alienation. This collection of 15 postcards consists of images from the onsite research and digital transformations, along with the voice over text from the film, narrating the history of Salton Sea based on a text by William L. Fox.