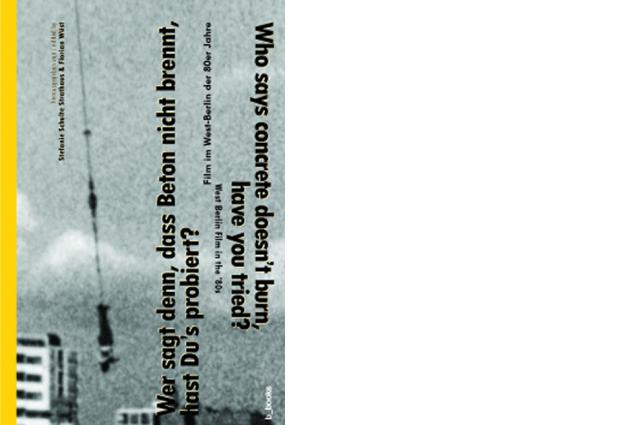 'Who says concrete doesn’t burn, have you tried? deals with 1980s West Berlin in regard to the medium of film and the institution of cinema.

In the decade before the fall of the Berlin Wall, one was no longer committed to the World Revolution but intent on realizing alternative ways of life, between the nuclear apocalypse and the squatter’s movement, between being gay/lesbian and feminist, between punk, new wave and drugs. The renouncement of normality was expressed in aesthetic experiments, costumed mises-en-scène, or the refusal of many films to adhere to a self-contained narration.

The cinema as a space where one spent entire nights played an important role in West Berlin in those days. While a large number of venues opened in squatted houses, which together with the Kino Arsenal, founded in 1970, formed a counter-pole to the commercial cinema landscape, urban spaces were converted to temporary projection locations in which film, super-8 installations, music, and performance bred each other.

The book expands on the film series of the same name screened at Kino Arsenal in October 2006. Rainer Bellenbaum, Justin Hoffmann, Matthias Heyden & Ines Schaber, Dirk Schaefer, Stefanie Schulte Strathaus, Marc Siegel, Nicole Wolf, and Florian Wüst address the specific social and cultural conditions of the enclosed city in a variety of ways seen from the present, while the artist Krimo contributed a map of memory to the book.