Next Spring: September, Berlin 2020
Back in stock 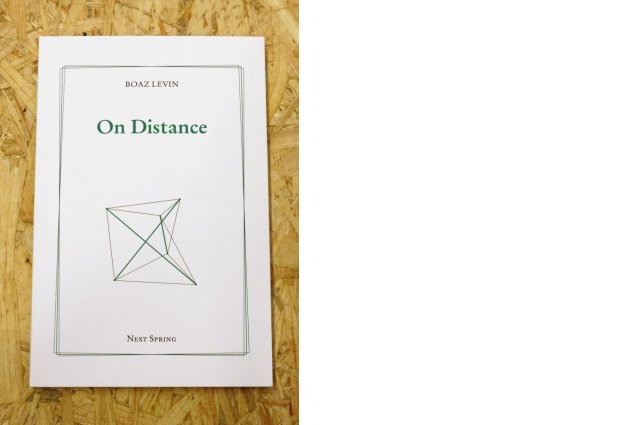 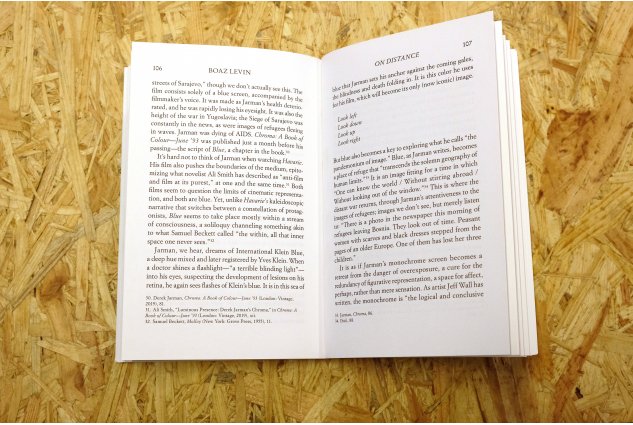 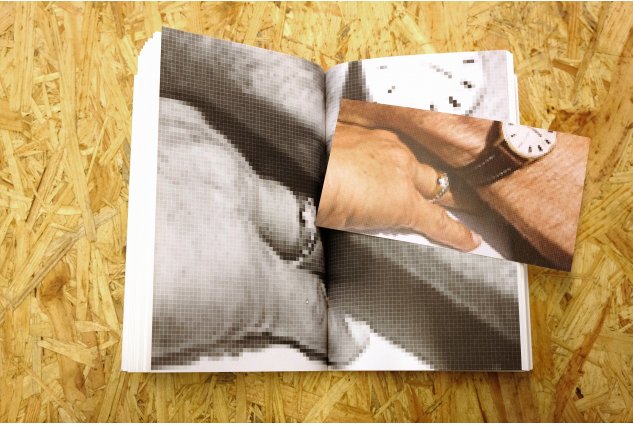 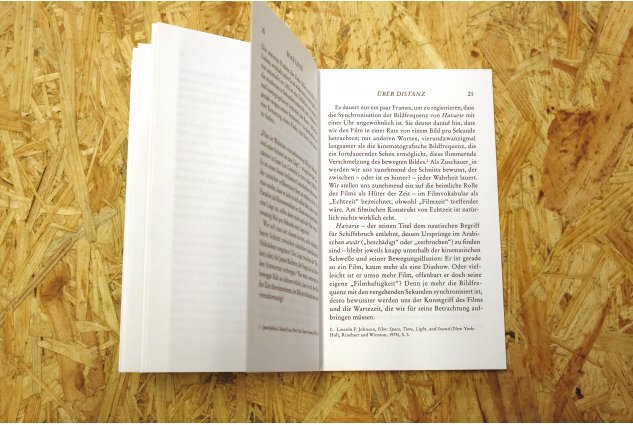 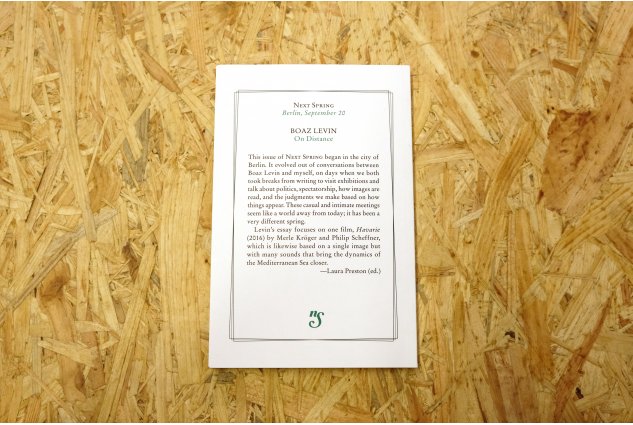 The third issue in the Next Spring series focuses on one film work, Havarie (2016) by Merle Kröger and Philip Scheffner, which is likewise based on a single image but with many sounds that bring the dynamics of the Mediterranean Sea closer. Titled On Distance, the essay by Berlin-based art writer Boaz Levin is both a response to the film and a reflection on the experience of living at a distance to close relations, from choice or necessity, through mass migration or constant mediation. In a world facing a planetary challenge like no other, it is all the more timely to be reckoning with distance, not as an obstacle for action or an excuse for inaction but to view it as a common condition for thinking through the political.

Next Spring is an occasional series of reviews published in book form. Each issue is an essay of art criticism focused on a work of moving image. Published in English and the language of place.