The Urban Cultures of Global Prayers 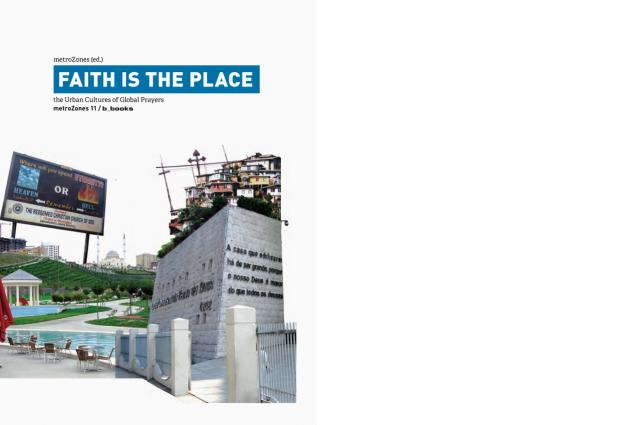 'Movie theaters being converted into prayer rooms in Rio de Janeiro as well as in Berlin, Christian gospel within Nollywood Cinema, Islamic HipHop in Istanbul, Hindu ceremonies as mass spectacles in Mumbai: What is the influence of confessions of faith on the spatial organisation of big, highly dynamic metropolises? How do different religious movements adopt cities as stages? What kind of meaning do they establish, how do they transform urban cultures and, on the other hand, to which extent are religious movements informed by the urban environment?
„Faith is the Place“ offers a differentiated view on the connections between urban cultures and religious practices, between the promise of salvation and social liberation.
Based on close cooperation between artistic and scientific researchers „Faith is the Place“ explores how the new policies, economies, and cultures of faith in urban spaces are operating. It also highlights the pictures and sounds, spaces, and practices created by the religious in the light of globalisation.
The publication „Faith is the Place“ has emerged out of the traveling exhibition   „the Urban Cultures of Global Prayers“, creating knowledge and experiences of religious movements in urban space and generated with the means of artistic research. Within „Faith is the Place“, the contributions presented in the exhibition by artists from eleven countries are complimented with further research results and alternate with essays on city and religion, on art and science.