A Node.London Reader - A Survey of Media Arts, Technologies and Politics 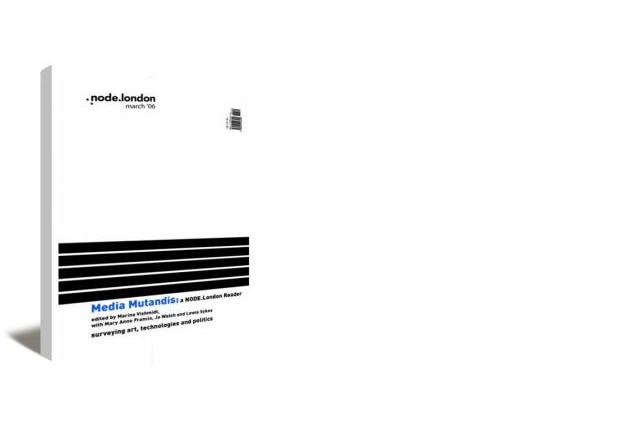 The NODE.London Reader projects a critical context around the Season of Media Arts in London March 2006 and provides another discursive dimension to the events of October 2005's Open Season. It engages debates in FLOSS (Free/Libre and Open Source Software), media arts and activism, collaborative practices and the political economy of cultural production in the present day.