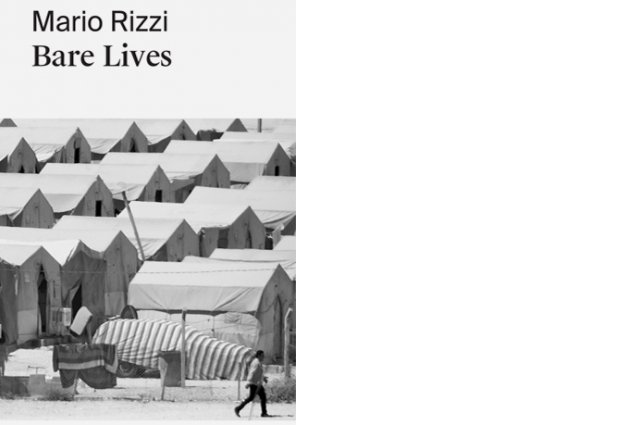 In the publication Bare Lives Mario Rizzi portays Yazidi refugee camps and their inhabitants, exploring hidden stories and consequences of the so-called ‘Arab Spring’ and how they entangled individual political lives and wider geopolitics of the region. The publication includes images from Rizzi’s photo series August 3rd and Bare Lives, accompanied by texts by Ramy Al Asheq, Charlotte Bank, Tania Canas, Hamid Dabashi, Pia Lauro, Bonaventure SohBejeng Ndikung, Solvej Helweg Ovesen, and Jonas Tinius, commenting on the photography series and on Rizzi’s films “Al Intithar” (the waiting) and “Kauther”, both part of the trilogy “BAYT” (HOUSE).
Mario Rizzi’s practice is an act of mediation through which to present fundamental aspects of the lives of specific individuals, who have been compromised by the uprooting forces of neo-liberal globalisation. His films consider the notions of border, particularly in relation to issues of identity and presence, and focus on the life of social outsiders, concentrating on collective memories and individual stories.
Bare Lives accompanies the exhibition by the same title at Gallery Wedding.