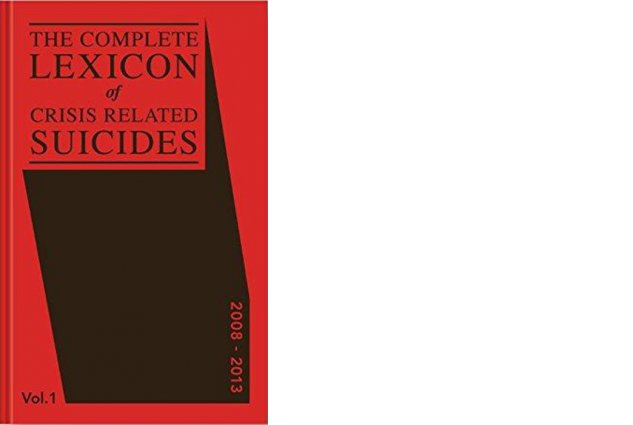 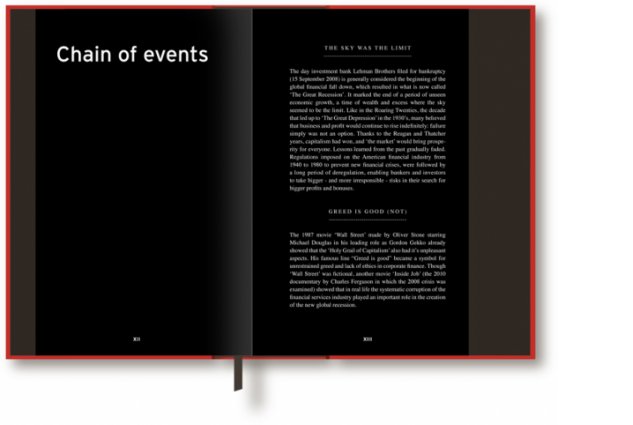 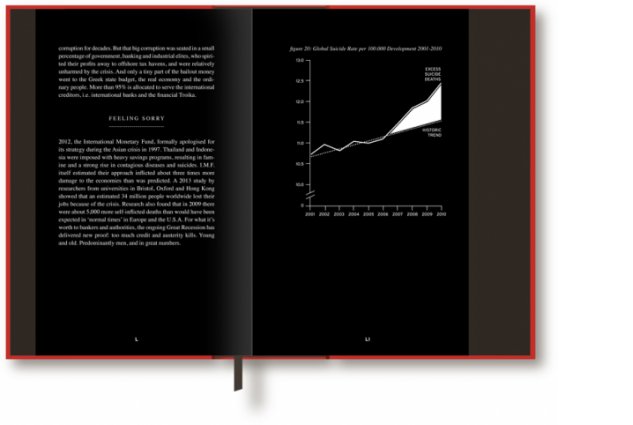 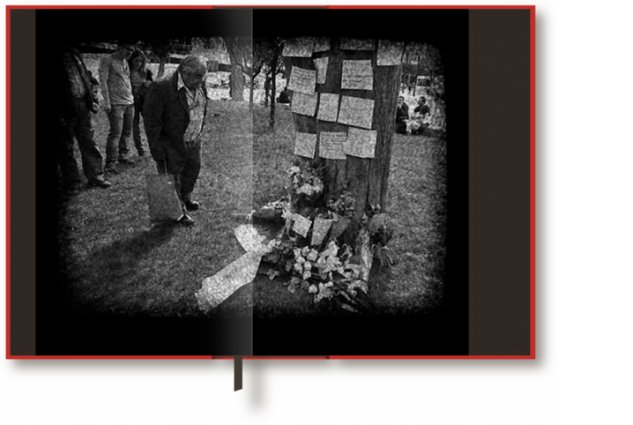 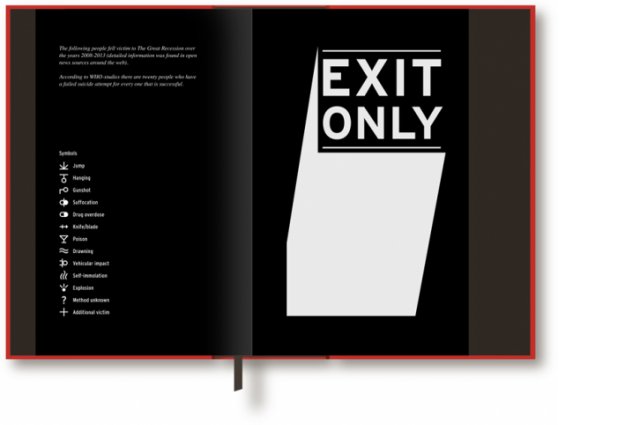 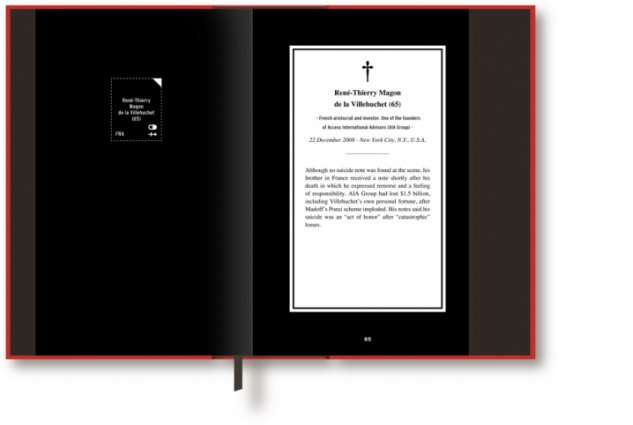 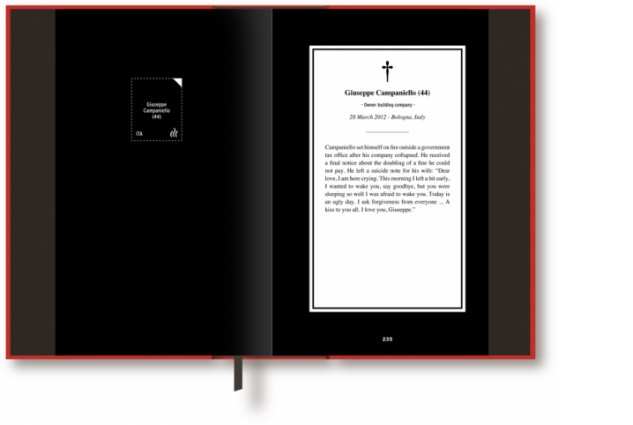 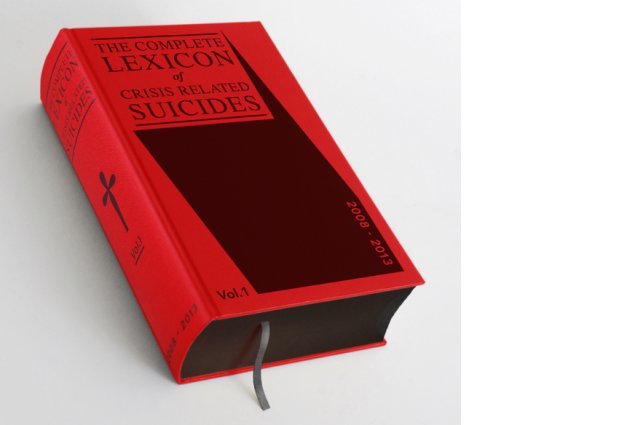 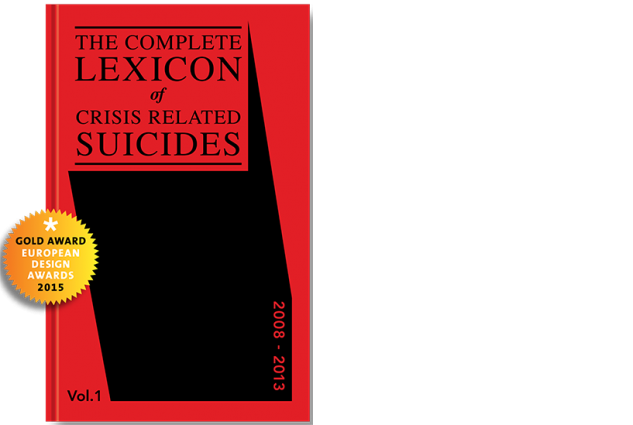 After seeing a protest sign on wall street in the autumn of 2008 saying ‘jump! you fuckers!’, Dutch designer Richard Sluijs from RichLab in The Hague started wondering what the bankruptcy of Lehman Brothers Investment Bank would lead to. The protest sign was obviously a reference to the supposedly numerous suicides of stockbrokers, bankers and investors after the stock market crash of 1929, which ushered in the great depression. During his research, Sluijs learned that the financial world was hugely responsible for the economic crisis, but also found out that suicides were now ‘outsourced from wall street to main street’. Once the crisis went global, the numbers of crisis-related suicides ran into thousands. Based on the collected information, Sluijs wrote and designed an impressive and unorthodox book on the painful impact of the economic crisis that overwhelmed the world since 2008: The Complete Lexicon of Crisis Related Suicides – 2008-2013 / Vol. 1 – a collection of stories about people who could no longer endure their misery and unfortunately saw suicide as their only way out. The book acts as a memorial for all the victims of the crisis, and seeks to serve as a critical counterweight to the statements of politicians, bankers and economists on how soon things will be back to normal — for life will never be the same for the many families who lost their loved ones, as the author unfortunately experienced personally when the book was in process.