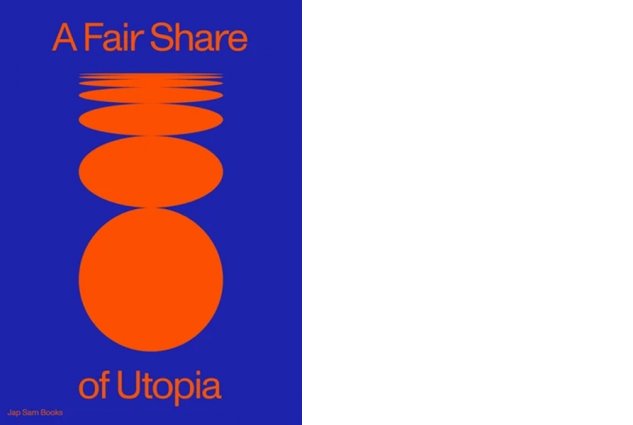 ‘If you would die today and reincarnate one generation later, in what world would you want to be born, regardless of where or who you are?’ This is the question posed to eleven writers and ten visual artists of A Fair Share of Utopia to create new work from.

Can you put your own interests aside and really fight for a better world in the interest of future generations, or is it easier if you imagine yourself to be part of that unknown future? In her essay ”What if We’re All Coming Back?” in The New York Times of October 2018, human rights lawyer Michelle Alexander tries to imagine the world you would end up in if you were to reincarnate at a random place and under random circumstances.

Her essay is at basis of the exhibition. Out of this thought experiment, to imagine a fundamentally different, sustainable and more humane organization of society, the artists and writers speculate about an unknown future of which they themselves are part. The national and international writers and artists reflect on current global issues from different backgrounds and perspectives, and in doing so, present completely individual voices.

Now the publication is translated into English and includes a newly contributed epilogue by the renowned author Jean Kwok and looks at the essays. How do we read them now a year after they were written and a time so different than in the midst of the pandemic? At the same time, she tries to formulate her own answer to Alexander’s question. From her Chinese Buddhist background, which ensured that she was raised with a belief in a multitude of gods and goddesses, and from her experience as a migrant who made her home on another continent twice in her life, Kwok’s utopia is a place of radical equality, of humans and all non-human life.