David Berridge // The Drawer & A Pile of Bricks 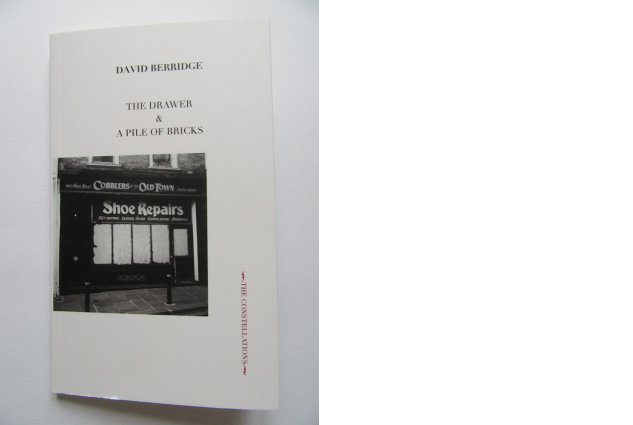 In the new house the sounds had no space, no sureness of near or far, nothing to attribute them to, apart from My Racist Aunts. That’s us, they said. All of us. Your deal.

Hairdressers on a Central London street freeze, find themselves transported to a desolate seaside town. Ideas and projects are written for the drawer, a realm of the unpublished and unattainable, then inconveniently realised. A monument to the Third Revolution takes shape in a small bar, alongside an open packet of crisps, a way of sitting on a stool, and a resemblance to Sherlock Holmes. What fortunes can be told from the names given to alleyways and steep flights of steps? Who can be glimpsed from behind a fishing boat, or in the lengthening shadows of the tall town houses bordering the park? Is this romance? There is a house to be cleared, and a pile of bricks appears to be immovable. Is an old friend awake for the election? Hatch a plan for escaping disaster, robotic movements on the cliff top, as Aunts of noxious intentions trumpet, amok in the city centre, again.

David Berridge lives in Hastings. He is the author of several books of poetry and prose, including The Fluxus President, and self build with no energy bills or dog, a long poem on three scrolls. He works as a bookseller in London.