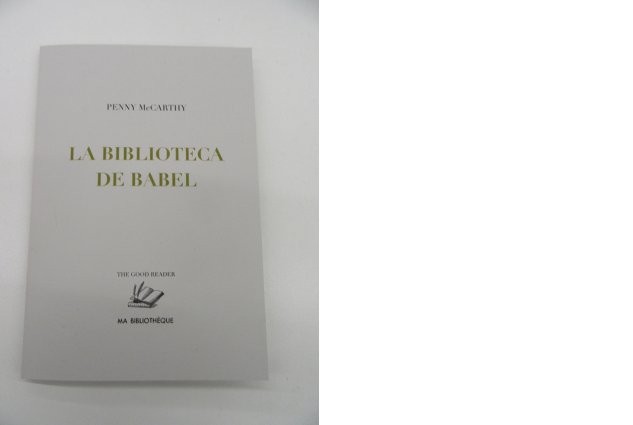 In his short story, Pierre Menard, Author of the Quixote, Jorge Luis Borges achieved a re-creation of the Cervantes text without actually re-creating Cervantes's life. Instead, he decided that the best route was 'continuing to be Pierre Menard and coming to the Quixote through the experiences of Pierre Menard. Following Borges, we know that the same word read differently from a different pen, and that each reader is, as much as he, a literary creator: Penny McCarthy interprets La Biblioteca de Babel by transcribing sections from her own printed copy of the book alongside Borges's first draft. So exquisite is his insect-like handwriting, with its black crossings-out and peculiar typographical symbols, its repeating visual rhythms, that in some way his script ceases to be text, instead becoming its own image. Meaning is always an on-going process for Borges, concerned less with making than making over. This version of La Biblioteca de Babel is presented alive to its intentions and potential for appropriation. Meticulous copying intentionally erases the boundaries between McCarthy's version and the original Borges: we cannot know for certain who wrote what.