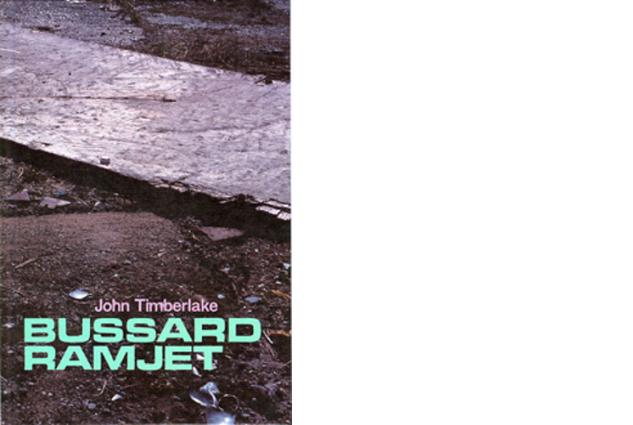 "We might rethink that 1960s TV footage of suited-up Apollo astronauts waving in the Florida sunshine to wonder what public reaction might have been had those sterile antechambers disgorged air force colonels with newly re-modelled and socketed crania or eyes, proboscises or extra limbs; what reaction Kennedy's announcement of the Apollo Program might have received had he simultaneously declared the subsumption of the US into some pan-global structure of governance and resource management; that the mission objective was Proxima Centauri, not the Moon. Televisual history re-imagined thus becomes a delirious Gothic dream…"

The Bussard Ramjet was a concept proposed in 1960 by the distinguished physicist R.W. Bussard in which advanced civilisations would be able to travel the vast distances between the stars by constructing engines that would gather hydrogen atoms in deep space, subsequently fusing them to produce a directed jet of thermonuclear plasma.